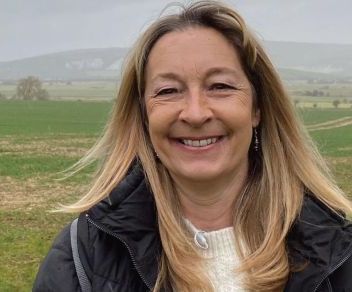 This motion was submitted by Councillor Sarah Osborne in time for consideration at the full Council's March meeting, but debate on it was delayed by the Conservative majority.

Residents want the freedom to choose how they travel. 20mph on our streets brings that choice. People, particularly the elderly, fear the intimidation from high speeds on residential streets and in town and village centres.

20mph is normal. In the UK, 21 million people (or 1 in 3 of the population) live in places where their council has decided that a blanket 30mph doesn’t suit most streets. Adopting a default speed of 20mph with appropriate exceptions makes their streets better places to live, work, shop and learn. 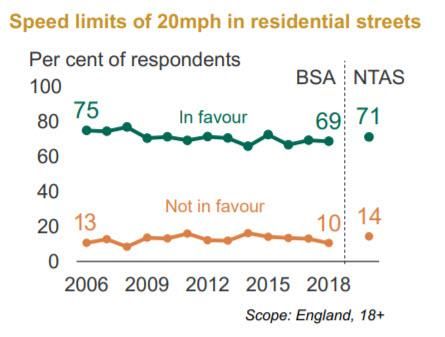 20mph is popular. Seven out of 10 people consistently say they support 20mph speed limits in residential streets. Once installed, 20mph schemes become even more popular and are never removed.

20mph is Government policy. The UK recently signed the Stockholm Declaration2 with 130 other nations, agreeing on a default 20mph limit wherever cyclists and pedestrians mix with motor vehicles. As part of its COVID response in 20203, the Government stated “20mph speed limits are being more widely adopted as an appropriate speed limit for residential roads, and many through streets in built-up areas...reducing the speed limit can provide a more attractive and safer environment for walking and cycling”.

20mph helps the older generation. 20mph is popular because it makes our streets safer, greener and fairer, especially for those with limited sight, hearing or mobility whether due to age or disability.

20mph is cost-effective. As well as bringing down casualties, 20mph places have seen a rise of 20% in walking and cycling. No other intervention brings such a favourable cost benefit ratio.

The residents of East Sussex have a right to the benefits that a 20mph limit in residential areas would bring, namely;
• Fewer casualties Lowering urban and residential speed limits to 20 mph have been found to decrease child pedestrian accidents by up to 70% (Transport Research Laboratory). Brighton & Hove. The Council’s research found a reduction of 12% in all casualties (and 20% in the number of those killed and seriously injured) between the annual average of the preceding 3 years and the first year of operation of the 20mph. http://www.brighton-hove.gov.uk/content/parking-and-travel/travel-transport-and-road-safety/safer-streets-better-places

• Where speeds are reduced to 20mph through traffic calming, casualties fall by around two-fifths. The definitive study of the impact of these is the TfL commissioned study by the London School of Hygiene and Tropical Medicine in 2009 entitled 20 mph Zones and Road Safety in London[http://content.tfl.gov.uk/20-mph-zones-and-road-safety-in-london.pdf2].

• Depending on age, survivability at 20mph vs 30mph is about 7-10 times higher and stopping distances are halved (12m vs 23m or 3 vs 6 car lengths). We all, as drivers or pedestrians, favour near misses to being hit.

• Helps those with Invisible disabilities gain social equality Not all disabilities are clearly visible. Drivers simply can’t tell if someone at a roadside has mental health, sight or hearing issues, or limited physical abilities. 20mph limits are the safe speed wherever people mix with motor traffic. 20mph upholds duty of care and rights in the Equalities Act.

• Health Improvements - Reduced local emissions, improved air quality and increased likelihood of a shift to active modes of transport like walking or cycling. Slowing speeds from 30mph to 20 mph has been shown to increase levels of cycling by 12%

• Cleaner air quality especially benefits motorists. They breathe in-car air, which is three times more polluted than at the pavement4. Standing traffic, which produces unnecessary fumes, reduces as traffic flow becomes smoother. Less fuel is burnt due to less acceleration and the transfer of some trips away from cars towards walking, cycling and public transport.

• Stress reduces as drivers have more time to see and react to hazards. Fewer road rage incidents occur due to more considerate driving styles, including less dangerous overtaking and it is easier to pull out. With casualties down by 22% some drivers will suffer less emotional trauma and anxiety from their part in liability for crashes. Noise also reduces.

East Sussex County Council set an authority-wide default 20mph limit for urban and village roads. This does not mean “every road”, but that 20mph should be the norm and a higher limit should be exceptions only where there is evidence that such a higher limit will be safe for pedestrians and cyclists This is as recommended by the World Health Organisation and was recently committed to by the UK government in the 2020 Stockholm Declaration by signed by UK and 129 other global road safety ministers.