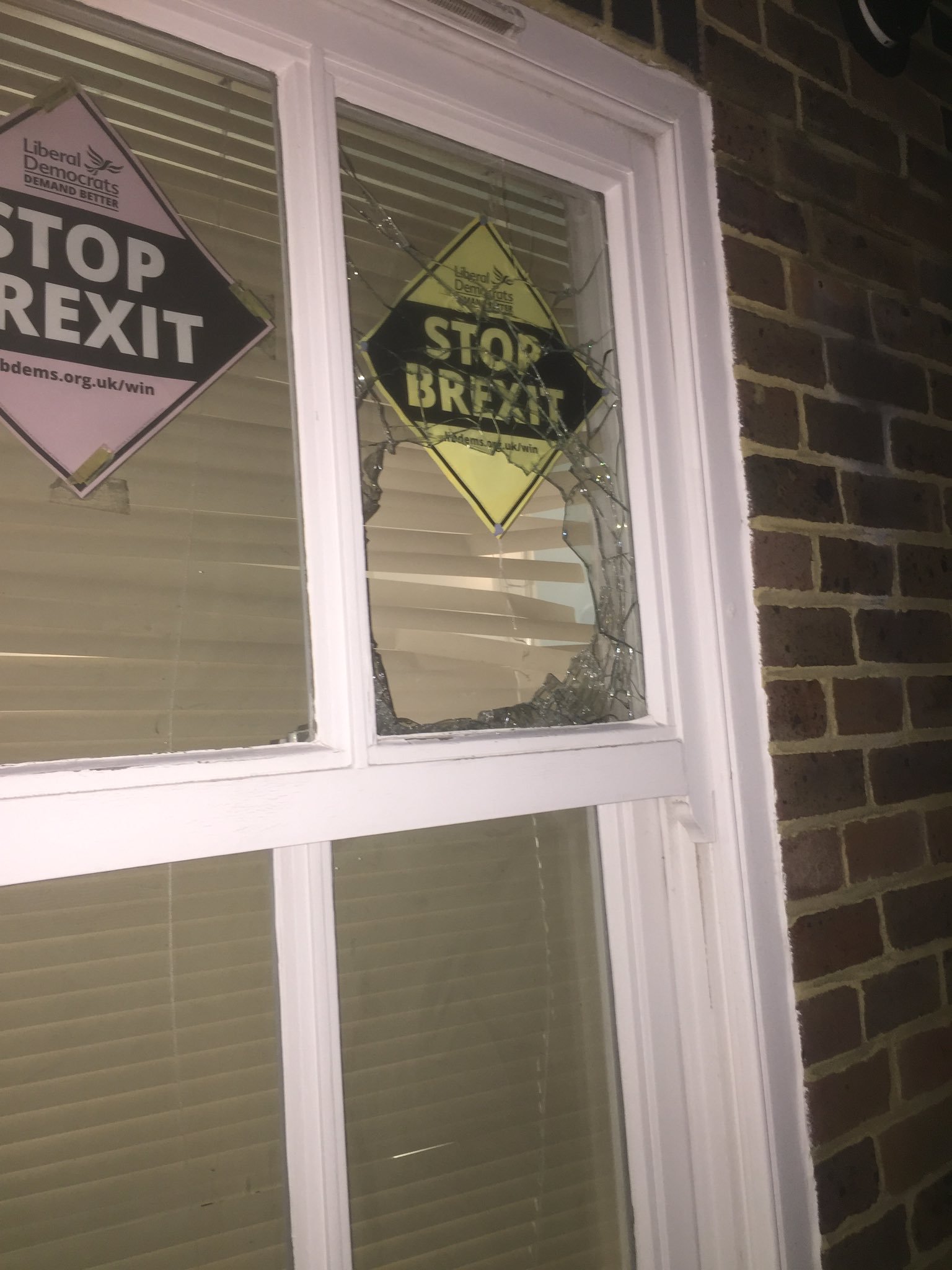 Three attacks with far-right overtones occurred overnight in Castle Banks, the Wallands and Priory. A brick with the word ‘traitor’ was thrown through the window of a private house displaying a Lib Dem ‘Stop Brexit’ Poster and anti-Semitic and threatening graffiti were daubed on fences and walls in the Wallands area.

As town councillors for the Castle Ward, Kate Wood and recently selected Prospective Parliamentary Candidate, Oli Henman, are addressing what is an escalating situation. The local Lib Dem party has been active in working with Lewes police since incidents of politically motivated vandalism and criminal damage at the recent local and European elections targeted local parties opposed to Brexit. Local Lib Dem councillors are continuing to act to protect local residents and campaigners.

‘Lewes is known for its open-minded, liberal and creative atmosphere but these attacks are indicative of the rise of insidious far-right activity in the town,’ said Lib Dem Parliamentary Candidate, Oli Henman. ‘Words such as ‘traitor’, now combined with death threats and anti-Semitic abuse, show a serious escalation of behaviour. We are deeply concerned at the criminal attacks to a number of properties over recent months and the impact this will have on local residents. We cannot ignore the fact that this follows the recent increase in the use of charged and inflammatory language by the Prime Minister and the Tory government. Will Maria Caulfield join me in condemning this recent vandalism and in calling on the government to adopt more conciliating language?

Lewes Lib Dems have been working with the police to take action on this activity for several months: ‘We are in regular contact with the local police and are asking for action at all levels from the local commander to the Police and Crime Commissioner’, commented ward councillor, Kate Wood. ‘Councillors and the local party have been dealing with several cases not just of Brexit related but also far-right vandalism and threats to individuals recently. We know the police have escalated these cases to intelligence-led policing and we look forward to some progress in these cases. The traditional values of British society – free speech, open and fair debate, respect for the individual and difference of opinion that have always been a strength of our nation are brought under threat by such actions.’

The Liberal Democrats will be organising a public meeting to which all residents will be invited to discuss responses and actions to the growth of extremism in Lewes. Further details will be circulated in the coming days.