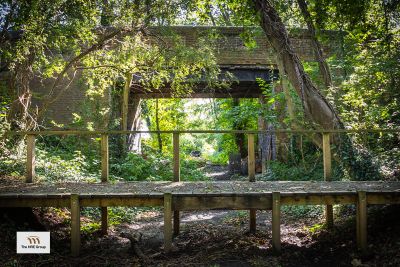 National Highways has announced that they no longer intend to infill the bridge. This is a victory of local residents, but possibly only a temporary one. The bridge needs attention and there is no indication yet of what National Highways intends to do. See the New Civil Engineer website for more detail.

When there was a railway running through Barcombe, there was a bridge. The railway is gone, but the bridge is still there. Where the rails used to run is now a vibrant wild space full of immensely diverse life, and much loved by walkers. It is in a conservation area. The bridge has seen better days; it now has a maximum weight capacity of 20 tonnes and is in need of repair work.

This is the responsibility of National Highways, who decided to support the bridge by infilling – in other words to pour an estimated 1800 tonnes of aggregate and concrete underneath it to shore it up, thereby destroying the valuable wildlife and recreation area running beneath it. Lewes Liberal Democrats support the campaign by local residents to prevent this and to secure an environmentally friendly solution.

On Oct 15th Liberal Democrat peer Jenny Randerson asked in the Lords about the fate of the bridge. The reply gave nothing away, but the fact of the question being asked means that National Highways know that their actions are being vigorously scrutinised, including the fact that a contract for the infilling has already been awarded. Baroness Randersen has made it clear that she will continue to pursue this case. 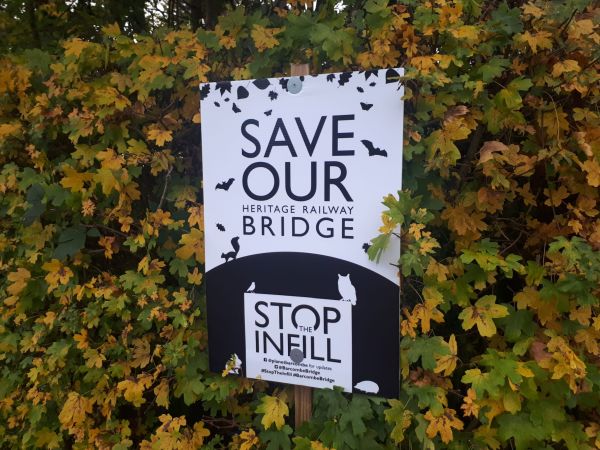 As well as Lewes District Council, residents have been strongly supported by national campaigning body The HRE Group, an alliance of walking, cycling and heritage campaigners, engineers and greenway developers who see the Historical Railways Estate as an asset for future good.

Thanks to the efforts of the community, work has now been paused to allow for reconsideration, but it is unclear what the intentions of National Highways are. More news will follow as we hear it.

and a video with the current deputy leader of Lewes District Council, James MacCleary

This is one of a number of sites around the country where a similarly heavy handed approach has been taken.