Calling for an Exit from Brexit 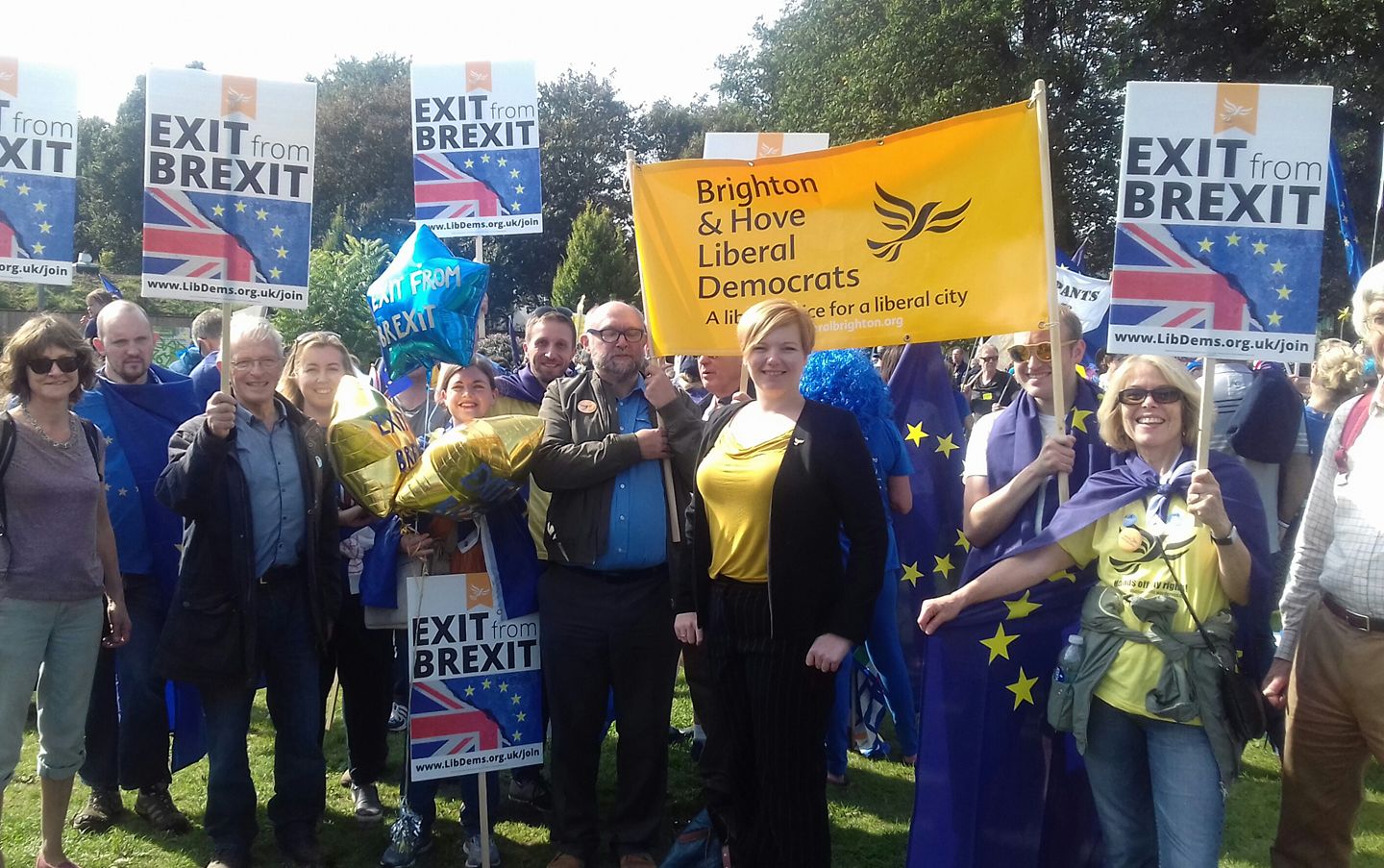 On Sunday 24th September Lewes Liberal Democrat Parliamentary Spokesperson Kelly-Marie Blundell took part in a march for Europe in Brighton. It started at The Level, headed to the pier, past the Brighton Centre (Home of the Labour Conference) and ended at Hove Lawns.

Kelly-Marie was not the only Lib Dem to go to the march, she joined up with colleagues of the Brighton and Hove local party and the Parliamentary Spokesperson for Hove and Portslade Carrie Hynds. We even had a Lib Dem come join us from Cambridge!

There were 2 or 3 Labour, a few Greens and no Tories. The sea of Lib Dems showed the strength and unity of the party on the most important issue for generations.

Kelly-Marie said “We currently have a government that is ignoring 16 million people they have no political representation, we must have an Exit from Brexit!” Our passionate candidate also lead chanting getting all involved.

At the end of the march a rally was held at Hove Lawns. The speakers included all three of Brightons MPs; Peter Kyle, Caroline Lucas and Lloyd Russell-Moyle. After the event in true Lib Dem fashion we all headed to the pub for a pint and a bite to eat.

The fight still continues for an Exit from Brexit! And the Liberal Democrats are the only party that is united on this.