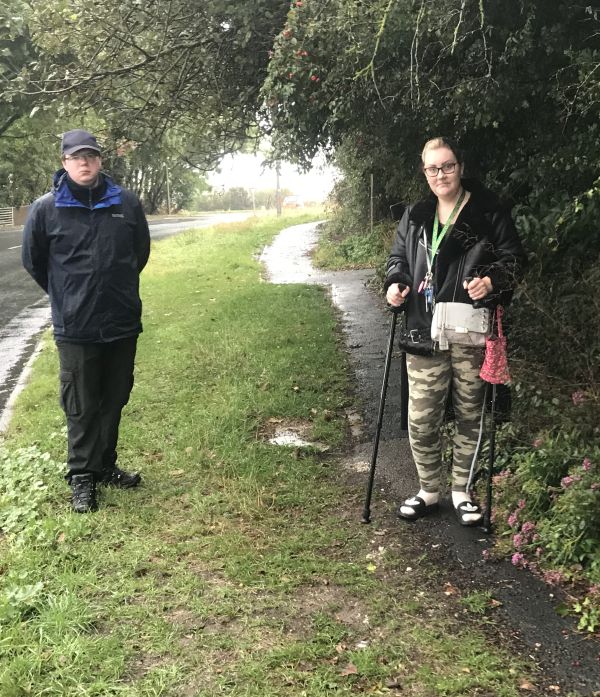 Newhaven Lib Dem councillors and South Heighton resident Milly Gilbert are calling on East Sussex Highways to help with access along Avis Road and the A26.

They are asking East Sussex Highways to maintain the footpath between the A26 and Avis Road.

Milly is a local resident who has a number of disabilities that make walking more difficult. She needs to use special crutches to be able to get around and she is finding it almost impossible to leave her home due to the footpath verges being so overgrown and poorly maintained. 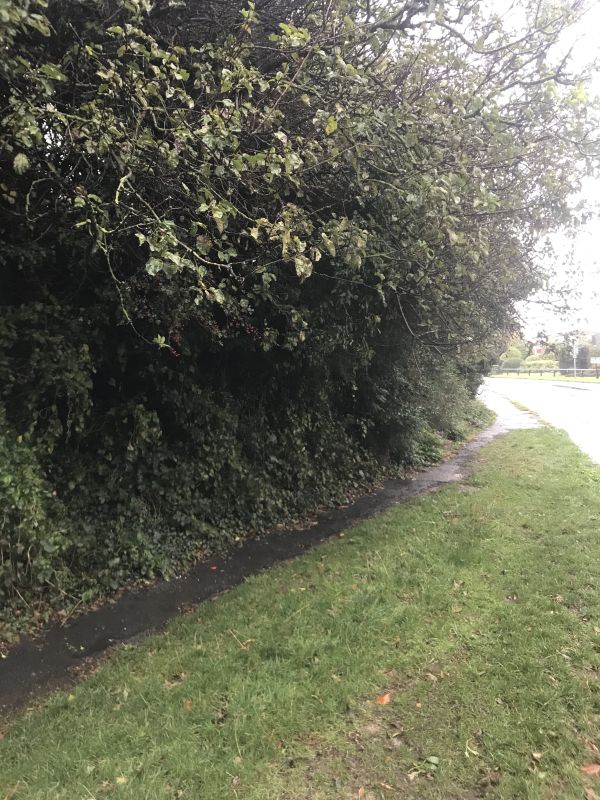 The path [photographed] is the only way for Milly to walk to town but it is so overgrown with branches hanging over head that she has to walk on the uneven grass verges. This is dangerous for her as due to her condition it can lead to dislocations.

Milly suffers with a number of chronic health conditions including Hypermobile Ehlers Danlos Syndrome, and she oftens slips and trips on the grass leading to her having injuries to her knees and ankles. Milly also suffers with seizures that mean she finds herself walking into overhanging branches and brambles leading to cuts on her face.

They say that East Sussex Highways need to maintain this section of pathway so that residents such as Milly do not feel that their freedoms are being taken away due to poorly maintained footpaths. This is especially important during the current crisis as use of public transport is discouraged due to the risk of COVID-19 infection.

They would like to see a confirmed commitment from East Sussex Highways to regularly maintain this area.

Milly Gilbert said: “ When I’ve reported these problems before to East Sussex Highways and Highways England my concerns haven’t been listened to. Due to my health I'm losing the will to keep fighting this cause.

I didn’t want to go out for months because of a tree overhanging on the path of the A26. I had been contacting East Sussex Highways who accepted responsibility for this and after many months decided it was actually down to Highways England to sort. The road is scary enough but we were having to take babies and young children onto the road with cars flying at us. It was such a dangerous situation to be left in”

Local Councillor George Taylor added: “It is appalling that East Sussex Highways say this is acceptable, especially since it has such a detrimental 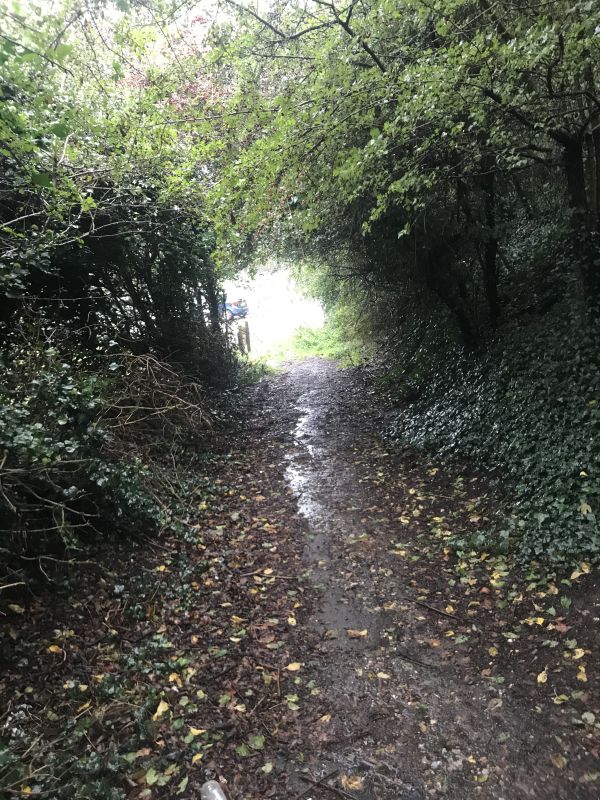 effect on the lives of disabled residents. It shouldn't be hard for them to fix. This is only one of many sites within the area that is in such a poor condition. We have raised the lack of maintenance many times with East Sussex Highways - It is their duty to maintain pavements and footpaths in a safe condition that allows everyone to use them safely. This is a dangerous failing on their part.”

Cllr Sean Macleod, District Councillor for Ouse Valley, Ringmer and South Heighton “ I am pleased George brought this to my attention. It's an issue that I have raised time and time again with East Sussex Highways about how poorly maintained the footpaths are between Paradise Park and the A26. What is happening with Milly and others is shocking as it is affecting her ability to be able to access many things that the rest of us take for granted. Milly has spoken with how this situation is leaving her isolated to her home, Through their neglect, East Sussex Highways are taking away residents' rights of freedom. They really need to act and act fast as the situation is frankly disgraceful.”

Cllr Darren Grover, East Sussex County Councillor for Newhaven, Denton and South Heighton added: “This is yet another example of the Conservatives' neglect and the massive consequences their cuts have for local residents. I would invite the Tory leaders of the County Council to try to walk around the Newhaven area and see for themselves the dangerous impact of their decisions. I very much doubt that they would allow dangerous conditions such as this in their own areas."