Ed Davey MP will be joining us as part of our series of dialogues with leading members of the party, to discuss his experience as a campaigner, a Minister and a carer; and his priorities for the future of the Liberal Democrats. 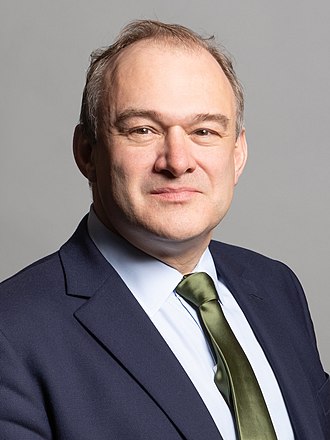 Sir Ed was first elected as MP for Kingston & Surbiton in 1997; he played an active role in government and served as Secretary of State for Energy & Climate Change 2012-2015, having previously served as Parliamentary Under-Secretary of State at the Department for Business, Innovation and Skills (2010-2012). After losing his seat at the end of the Coalition Government in 2015, he was re-elected in 2017. In 2019 he became Deputy Leader of the Party and has been Acting Co-Leader with the Party President, since December 2019.

He is a dedicated campaigner for sustainability and renewable energy and in government he helped to treble the UK’s renewable power, making Britain the world-leader in offshore wind and setting our country on a path to slash our carbon footprint. Ed is standing for the leadership of the Liberal Democrats this summer and is promoting his plan for a Green Recovery Plan, which will help us invest in green jobs so that we can rebuild our economy and tackle climate change at the same time.

Join us on Friday 26th June at 10:00 to hear more about Ed's vision for the future of the Lib Dems. This event does not have an entrance fee but if you are able to make a small donation of £3-£5 to cover costs, that will be greatly appreciated.