Independent organisation Eunity Lewes hosted a panel last night with politicians from all colours discussing Brexit- What Next?

The group were set up following the EU Referendum in June 2016 to look at the future and opportunities Brexit presents, and to make sure many of the controversial details did not go undiscussed.

Kelly-Marie Blundell, the Liberal Democrat Prospective Parliamentary Candidate who was selected to take over from ex MP Norman Baker, spoke extensively on representing the 48% who voted Remain, or in Lewes district, the 52%;

“Brexit means breakfast. Or at the very least, it's a very good analogy. How many of you like a bacon sandwich? What about yogurt and cereal? We voted to have breakfast, but no one has voted on what breakfast we will eat.

“And that's why I am campaigning for a second vote on those details. That breakfast. And I genuinely believe it is as much in the interest of leave campaigners to have a final say on the issue as it is in the interest of those who voted remain.”

Maria Caulfield MP, Conservative, who was narrowly elected to the parliamentary seat of Lewes in 2015 and campaigned heavily to remain, spoke of the opportunities for trade negotiations that Brexit presented.

She also revealed her unwillingness to support enshrining the rights of EU nationals into legislation, instead claiming that the Prime Minister can make an agreement on this.

Kelly-Marie Blundell replied; “It is fundemental to enshrine rights in legislation, a government statement could change at any time.”

Jo Carter from the Green Party and Lloyd Russell-Myole from Labour also spoke on the future opportunities of Brexit and how the voices of everyone could be heard. 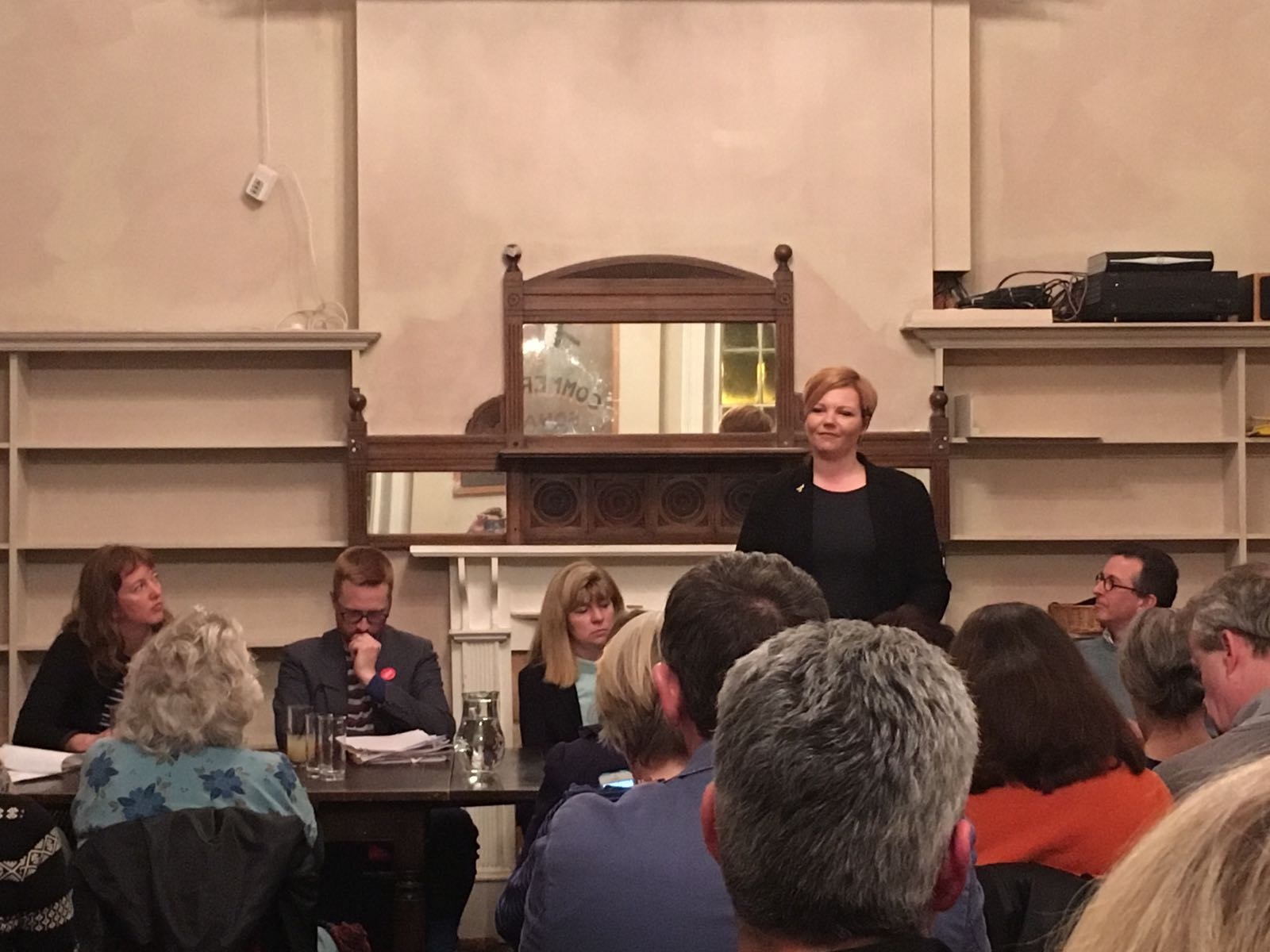