It has also come to light that Southern have accepted an investment from Australian megacorp Macquarie. According to Southern Water this is good news.

Macquarie owned Thames Water between 2006 and 2016. They used their ownership to raise Thames’s debt and siphon billions out in dividends while almost entirely avoiding corporation tax. Macquarie also had a relaxed attitude to pollution, culminating in a then record £20m fine for discharging raw sewage into the Thames.

And this is what Southern Water call good news.

Companies across England and Wales issued more than 5,500 sewage discharge alerts in the last year. And the biggest polluter of them all is...

@mariacaulfield's excuses for not voting to stop water companies pouring sewage into our rivers and sea are:
a) unpayable bills for customers
b) Baldrick like: we have a plan

But neither of these actually answer the problem.

To get to the full answer we have to go back to the dawn of time - for privatisation of water, that means 1989. What had up to that moment been viewed as a public health provision became a market issue. Why? Because markets work best, we're told. But where is the market in water?

With most big service provision you get at least some sort of choice. You can choose your electricity or gas supplier. But with water there is no choice. You get the supplier for your region. They are supposedly held in check by a regulator - Ofwat.

To some extent Ofwat has worked. There is a price cap - so the argument about unpayable bills for customers is non-existent. But in other respects Ofwat has been failing consistently for thirty years. It is supposed to see to it that providers deal with leaks, build new infrastructure and don't make too much profit. But it has enabled providers to ignore leak management, to avoid building new infrastructure, and to pay dividends of more than £57 billion pounds to its shareholders.

Let's just say that again. £57,000,000,000 out of the bills of hard pressed customers and into the trousers of shareholders.

Nothing much is going to change. The government plan is to make the providers give us more data about sewage. Apparently, that will embarrass them into behaving better. But we already have such provision. that is what enables us to say how many discharges there have been and for how long.

They haven't been embarrassed yet. They just keep discharging and laughing all the way to the bank. This is how it is. More than that, they're called "storm discharges" indicating that they are supposed to be exceptional events. But they have become routine.

To quote Sarah Ludford "even moderate rain, not storms, cause discharges because of lack of investment in treatment capacity, that govt has allowed in order not to eat into dividends" https://twitter.com/SarahLudford/status/1452384882622091271

Remember - this government is led by a man terrified of responsibility.

When it emerges, we're betting, the plan will say "We plan to investigate urgently the relationship between rainwater and other aspects of the environment with a view to..." We're also betting it will contain the phrases "world beating" and "British water is happy water".

No. We need action now. Not a plan to have a plan. The water companies have been avoiding action for thirty years. Even one more year is one too many.

On BBC Politics Fay Jones asked "Who is going to pay… to dig up a Victorian sewerage network?" As one of our elected MPs, it's her job to answer that question, not to ask it. She could maybe learn from our Victorian forebears.

When it became obvious that a solution was needed, they got on with it. They used public funds and bent all their energy and ingenuity to solve the problem.

The water companies and most of Ms Jones' colleagues are spending their energy and ingenuity defending profits, while the rest of us swim in s**t.

Just a reminder that one of the reasons we're here is Brexit. "Government says polluters can dump risky sewage into rivers as Brexit disrupts water treatment" (report Sept 7th)

And that, dear reader, is just what they did, including our MP, Maria Caulfield: "Here’s a list of every MP who just voted to ALLOW water companies to continue dumping RAW SEWAGE in our rivers".

Pay attention at the back. We said talk *about* filth, not talk filth.

The overflows are supposed to be used only in extreme weather but they lasted altogether for more than 3.1 million hours.

The law needs to be strengthened but the govt is failing to enforce the laws it has. https://www.theguardian.com/environment/2021/sep/13/government-failing-to-stop-sewage-discharge-into-english-rivers-says-charity

"sewage and wastewater discharges by water companies into rivers account for damage to 36% of water bodies."

Meanwhile in Sussex: Southern Water has already been fined £90,000,000 for illegal discharges.

Lewes District Council has passed a motion calling on Southern Water to say how it will put a stop to illegal discharges of sewage in the River Ouse. https://www.lewes-eastbourne.gov.uk/lewes-district-council-news/council-motion-targets-southern-waters-shocking-track-record/

Then there's the business of allowing them to discharge even more legally if they can't get the chemicals, due to the shortage of truck drivers (<irony on>which is absolutely NOTHING to do with Brexit </irony off> - see here https://twitter.com/Lewes_Lib_Dems/status/1442584289363759108)

For an idea of the scale of the issue - there are 35 major sewage treatment works beside the Ouse and its tributaries. 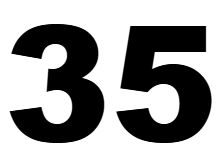 In 2017 there were 64 discharges from Barcombe Sewage Treatment Works: more than once a week. In 2018 there were 98 incidents covering a total of 635 hours. That is nearly twice a week, for a procedure that is only supposed to be carried out during “exceptional rainfall”.

Increasing amounts of water are extracted for human use, meaning the proportion of effluent is greater than otherwise. It is estimated that in summertime about 60% of the river water at Barcombe Mills is sewage effluent. You are swimming in

Who do they answer to, their customers or their shareholders? Have a guess.

(Much of the above from motion introduced by LibDem Guy Earl at Lewes Town Council, based on work by John Lamb and Mary Parker https://lewes-tc.gov.uk/wp-content/uploads/2021/03/Agenda_Council_7th_October_2021-Inc-late-papers.pdf see page 30). Well done, all.)