Lib Dem parliamentary Candidate for Lewes joined Association of British Commuters action group and hundreds more at a protest at Victoria Station in London on behalf of residents in Lewes, Seaford and Newhaven.

The campaign group has established a fighting fund with the intention to take the Government to Judicial Review, specifically for the failure to make transparent and accountable the contract held by Govia Thameslink Railway, who run Southern Rail, which has suffered significant problems in the last two years.

“For residents in Lewes, trains have been cut by up to 80% in the last 18 months, continuous timetable changes and replacement buses have impacted on thousands of residents commuting locally or to London. 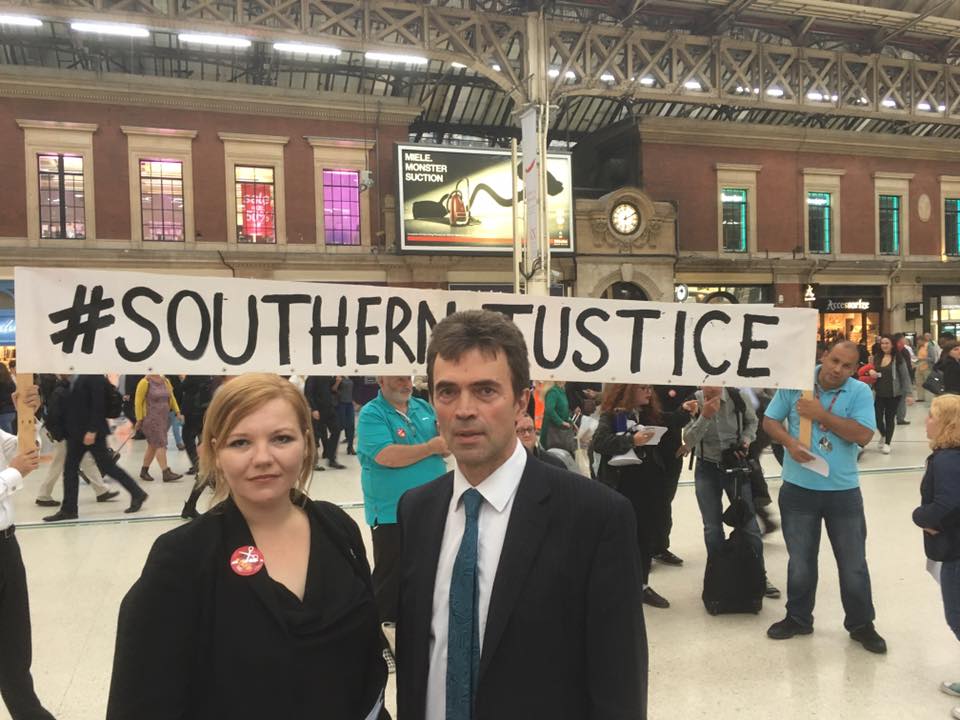 “There is a duty to disclose these essential documents which show the contract held between Govia and the Department for Transport, so the public can assess if Govia are in breach of their contract.

“If they are, we demand to know why the Department of Transport has not taken action. Residents locally are stuck with empty promises from Conservative members, while the Rail Minister fails to take responsibility.

“Even this week, when trains should be back on track in Lewes, we see replacement buses instead, adding to peoples’ confusion and frustration.

“Publish the documents, and take responsibility for running the railway, giving residents the justice they deserve.”

· For the Parliamentary Select Committee for Transport’s discussion of the anomaly around the release of what should be very straightforward documents (16:50)

· For an essential discussion of the issues around rail franchising, putting GTR’s management contract into a larger, national context, an interview with Oliver Lewis from Bring Back British Rail here:

The government proposes to force the building of more than 15000 new houses in Lewes District over the next 20 years, more than doubling the current rate of building. Local Lib Dems call on the government to listen to local people and urgently revise their target to a more realistic level.