Kelly-Marie Blundell was elected overwhelmingly by the Liberal Democrat members in the constituency of Lewes to represent the party as Norman Baker stood down after the 2015 election.

With a swing of just 1% needed to take the seat back from the Conservatives, the Constituency of Lewes is the third closest seat for the Liberal Democrats in the country. 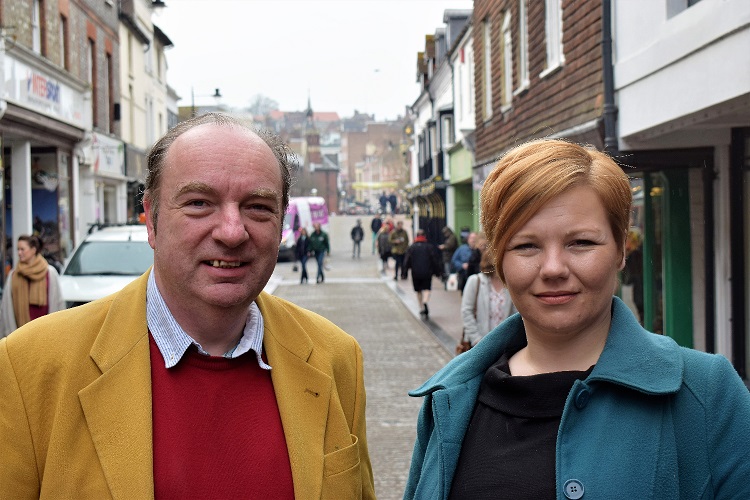 Kelly-Marie Blundell lives in the town of Seaford and grew up in Tunbridge Wells. The daughter of a farmer and a teacher, Kelly-Marie Blundell read Law at the University of Kent before going on to work as a Citizen's Advice Bureau advisor. She now runs her own consultancy firm, advising charities on communications and fundraising.

Always passionate about politics and liberalism, Kelly-Marie became active in the Liberal Democrats in order to engage more people in politics. Unashamedly pro the European Union, Kelly-Marie helped to organise national protest marches following the referendum. She is well known for speaking up on the NHS and Sheltered Housing as well as leading debates on welfare and social security.

Kelly-Marie has written for the Huffington Post and The Guardian’s Comment is Free as well as Liberal Democrat websites. Her blog ‘Political Parry’ was shortlisted for best Liberal Democrat Blog in 2011.

Living in Seaford, Kelly-Marie Blundell is passionate about communities, and since being selected has lead the Save the Seaford Trains campaign and helped support local activists over the Southern Rail crisis which saw the town left without trains for months on end. She has also worked with pubs to get better deals on business rates and is working with Clinical Commissioning Groups to fight for better mental health and health care locally.

Following the rumours that the Victoria Hospital in Lewes was closing, Kelly-Marie took action to find out exactly what was happening and informed local residents who were concerned.

When it became clear that the Member of Parliament was not holding open surgeries and failing to do casework, Kelly-Marie set up drop in surgeries around the constituency, open to all, providing support and advice to hundreds of constituents already.

"In Lewes there is really only two choices - vote Conservative and keep an MP who doesn't live in the Constituency and who is diametrically opposed to the views of her constituents on Brexit.

"Or you can vote Liberal Democrat and change the face of the nation, and vote for the local candidate, me, who is fighting for the 16 million who voted remain, who is out on the streets and holding constituency surgeries, doing the job the MP should do already, and is standing up for the people of all our towns and villages."

"I am delighted that a candidate with the depth and commitment of Kelly-Marie has been chosen to fight the Lewes seat for the Lib Dems. Every day I meet people who tell me they again want an MP who will be effective in Parliament and will respond properly to casework. Kelly-Marie is that person. They don't have one at the moment.

"And every day people who voted Labour or Green in 2015 tell me how bitterly they regret their vote: it was like drinking champagne on election day and then getting a five-year hangover. The sooner we have an election to return another Lib Dem MP, the better."

Get involved today and help put an end to the brief hiatus of Conservative rule in our towns and villages, and turn the Constituency of Lewes Lib Dem again.