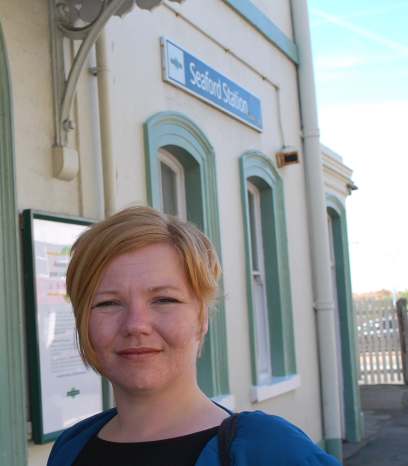 Lewes Liberal Democrats have announced that, due to health reasons, Parliamentary Candidate Kelly-Marie Blundell will be standing down from the role.

Kelly-Marie Blundell succeeded Norman Baker MP after Maria Caulfield MP took the seat in 2015. Kelly-Marie stood in the 2017 snap General Election, increasing the vote share and turning many areas across the constituency orange.

Kelly-Marie, who lives in Seaford, resigns with regret;

“I have been honoured to represent Lewes Liberal Democrats for three years. We have a fantastic team who are committed to putting the Parliamentary Seat back in the hands of the Liberal Democrats.

“With successful European Election results, seeing us elect 3 MEPs across the South East, it is clear that there is a great deal of support for people who put liberty, equality and community first, as well as opposing the chaotic government we have in place at the moment, risking our futures with a hard Brexit.

“Unfortunately, due to health issues, I can no longer fulfil the role of Prospective Parliamentary Candidate. I am very sorry to stand down, as it was always my intention to carry on fighting the hard Brexit MP and put the seat back where it belongs, in Liberal Democrat hands.”

The Liberal Democrats held the Parliamentary Constituency with MP Norman Baker, who was the member of parliament from 1997 to 2015.