Ghanaian-born Baah is the first ethnic minority Mayor to be appointed in Lewes since the Borough Council (the Town Council’s predecessor) was incorporated in 1881. 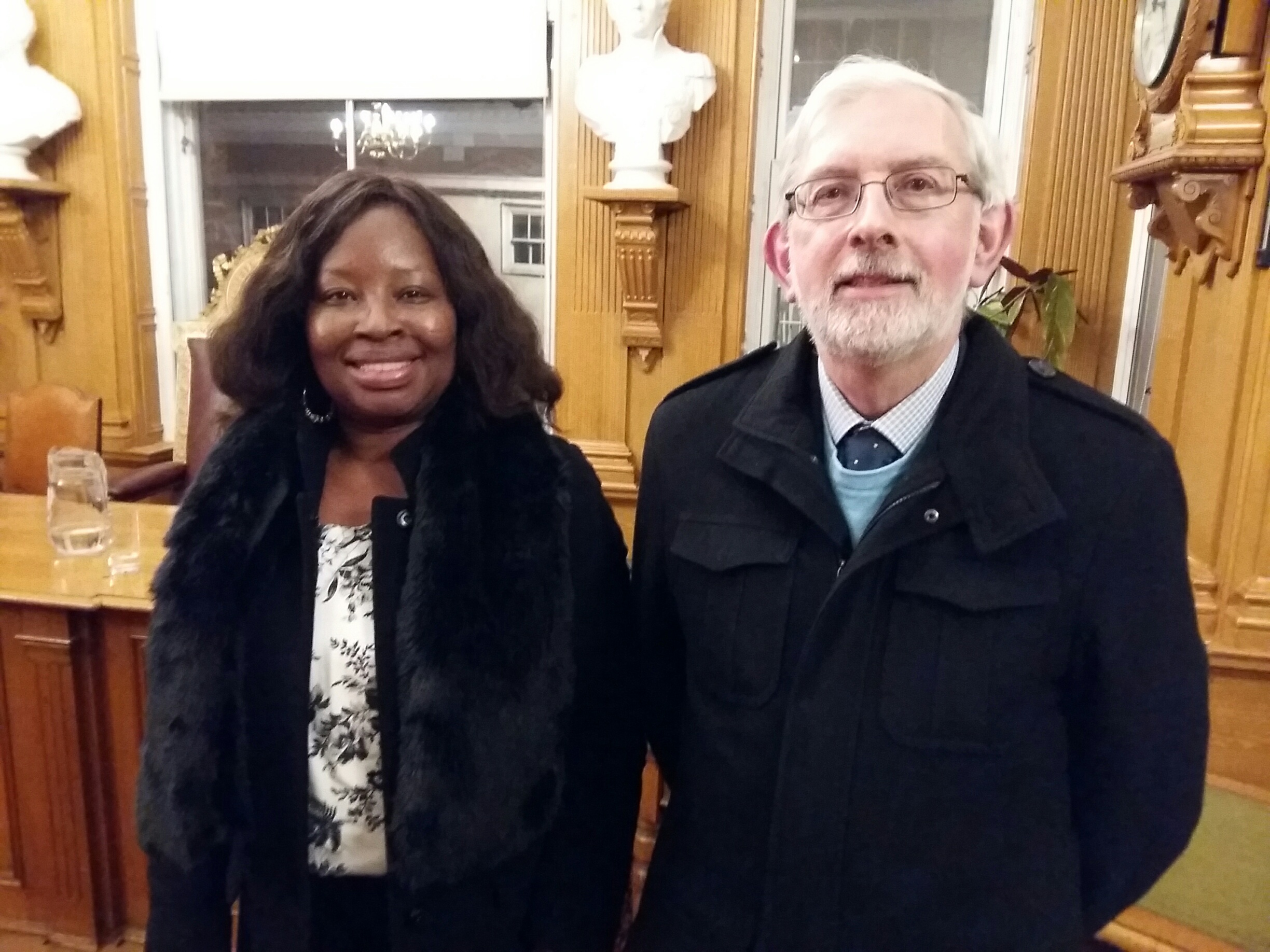 “Today you have made history in electing someone like me,” Councillor Baah told the Council after her election. “I feel very excited, honoured and grateful to live in a town where I am respected and whose councillors have elected me to serve all the people of Lewes.

“Mayoral duties can be difficult because you have to deal with issues concerning the law and individual freedom, but I look forward to supporting everybody’s democratic rights and fighting for the needs of the whole town,” She thanked councillors for supporting her in becoming Mayor.

Baah came to Britain in 2001. She obtained a master’s degree at Brighton University and is now completing a PhD at Sussex University. Her research involves a study of the education system in a slum in Accra, the capital of Ghana.

“Janet will be a great champion for Lewes, she has already made a big impact in Malling, where she is admired for her work in the local community,” said Lib Dem Group Leader on the Town Council, John Lamb. “She will do a great job as Mayor.”

Elected a Liberal Democrat councillor for Bridge Ward in Lewes in 2016, Baah also sits on a group that advises the County Council on inclusivity in social care. She is a non-executive director of Breaking Down Barriers, an organisation that provides inclusivity training.