Let’s get on and build the Lewes to Uckfield railway line!

Building on their work to improve public transport in the area, at the recent full Council meeting of the Lewes District Council, the Liberal Democrat group were successful in modifying a motion, to call for continued support for the redevelopment of the Lewes to Uckfield railway line. Liberal Democrat District Council Transport & Environment spokesman Councillor Vic Ient said, “the Lib Dems wanted to strengthen the motion to ensure action will be carried through after the council meeting”.

Despite three Conservative party abstentions the Lib Dem amendment was passed adding these words: ‘….and Council asks the Scrutiny Committee to consider and propose what actions the Council, and potential partner organisations, might take to further this outcome’.

Councillor Ient commented “Having got this stronger motion passed we will be campaigning for Lewes District Council to lead a consortium formed of local councils, the two Local Enterprise Partnerships which cover our area and interested parties from the finance, business and engineering community with a view to putting forward proposals.”

In the debate Councillor Ient said, “We are delighted to have the opportunity to debate this matter and will support the principle of the motion but we would like to go one stage further. We propose forming a consortium of local authority and specialist organisations with both business and engineering expertise to apply for funding under the government’s Local Growth Fund scheme to reinstall the 9 miles of track required to link Uckfield to Lewes in the south coast rail network”.

Cllr Sarah Osborne, Lib Dem Group Leader, said “As you will know, Norman Baker campaigned through the whole of his political career to get this line reopened. In fact, it was he who got the then Secretary of State, Patrick McLaughlin, to instruct Network Rail to investigate the viability of reopening the line. Finally, this year, the London and South Coast Rail Corridor study report was published and in it they stated that rail links from London to the Sussex coast should be a strategic priority. The study said there was a stronger strategic case for reopening the line if it relied on harnessing the economic growth agenda rather than simply traditional transport benefits and other interested parties, including local authorities and LEPs, to progress work to improve the viability of such schemes”. Sarah added, “Well we have included new development in our local plan so I hope that the government takes note”.

Councillor Ient continued, “In March 2017 the government gave us local authorities an open invitation to take the lead and commission a review showing the benefits of reinstating this short section of railway line. We should now get on with that review! If we will get our skates on it might even be possible to take advantage of EU regional funding before the doors are closed in 2019. Even if EU funding is not available to us we believe there is a strong environmental, transport and economic case for reinstalling the track.

The benefits are manyfold including opening up employment prospects between the northern part of Sussex including Uckfield and Crowborough down to Newhaven, Brighton & Hove city and Eastbourne on the south coast, reducing the traffic congestion on the A26 into Lewes, through the Cuilfail tunnel and onto the A27, the reduction of vehicle pollution in Lewes and providing an alternative route between the south coast to London relieving the already overloaded Brighton mainline” 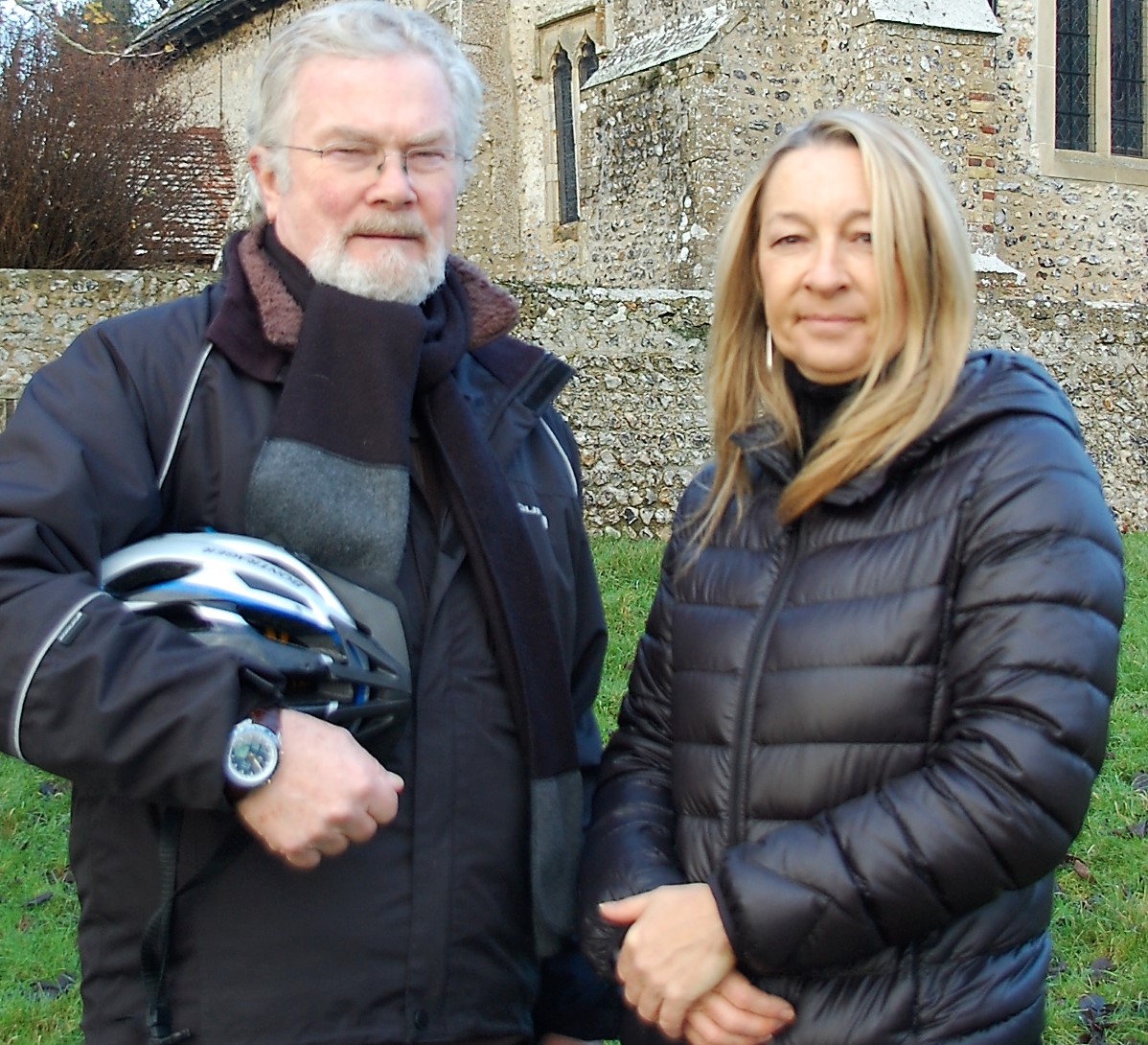 The original motion was submitted by councillor Simon Barnes (Independent) and with the Liberal Democrat amendment the full text of the motion reads:

"Lewes District Council resolves to positively continue its long-standing support for the much needed re-opening of the Uckfield to Lewes railway line and Council asks the Scrutiny Committee to consider and propose what actions the Council, and potential partner organisations, might take to further this outcome. This is something which hundreds of Lewes District residents have called for over many years, and it would be a strategic addition to the rail network for the Lewes District. This vital transport link, especially if electrified, would help Lewes District Council meet their sustainable transport aspirations. Other examples of successful projects along these lines include the Borders Railway line."

The Uckfield to Lewes line was closed in 1969, not because of the Beeching cuts, but because of a plan by East Sussex County Council who were not prepared to make provision for the line when building a relief road in Lewes. Norman Baker, who was MP in Lewes up until 2015, was first elected to Parliament in 1997 and from that time in 1998, 2001 and 2004 he secured adjournment debates to try and persuade the government to reinstate the line. During his time at the Department for Transport Ministry Norman Baker made progress in gaining investment in rail infrastructure and even got a commitment by the coalition government, in 2013, to investigate the reopening of the line. Sadly, with the ending of the coalition government the promised investigation was abandoned but he was able to get an agreement to allocate £100,000 from the Treasury to execute a pre-study into the feasibility for reinstating the line. The study Norman Baker asked for was finally published in March 2017: https://www.gov.uk/government/publications/london-and-south-coast-rail-corridor-study

On 2 March 2017 the government published the long-awaited London and South Coast Rail Corridor Study report. The Department for Transport showed the way forward for reopening between Uckfield and Lewes, Whilst the study found that there was not a transport need to reopen Lewes - Uckfield, it recognised that it might be justified on the basis of economic growth. The study recommended that a new approach is required, starting with the LEP and local authorities commissioning a review of potential growth scenarios.

Supporters who are campaigning for the link to be reinstated:

The Campaign for Better Transport support the reinstatement of the line: http://www.bettertransport.org.uk/media/10-05-2013-lewes-uckfield

Rail Future, a campaigning group for rail transport actually have a real plan to open up the line, see: http://www.railfuture.org.uk/Solution+for+Uckfield-Lewes