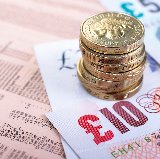 However whilst the Lib Dems have forced the Tories to change their mind on this issue there are still many unfair measures that were announced in the budget which were blocked by the Liberal Democrats during the last government.

Plumpton District Councillor Sarah Osborne, says: “ Whilst the Conservatives have listened to the Lib Dems and the Public and changed their minds, It is already all-too-clear where the priority lies for the Conservatives. Punish the poor, to reward the rich. “It is exactly what we fought so hard in government to stop. Brutal cuts to child tax credits and disability benefits, while cutting taxes for the rich.”

Many people were shocked that senior Labour Party spokespeople were supporting these cuts.

“Let’s be honest, no-one knows what Labour stand for any more.” adds Barcombe Liberal Democrat Campaigner Marion Hughes. “They persuaded a lot of people into voting for them in May by saying they would stand up for working people, but apparently that only applies if you’re wealthy.

“Only the Liberal Democrats have a record of standing up for those who need the most help and we will lead the fight against this right-wing Tory government and their unfair cuts agenda.”