Liberal Democrats in Seaford have launched a campaign to keep Warwick House services open in Seaford. 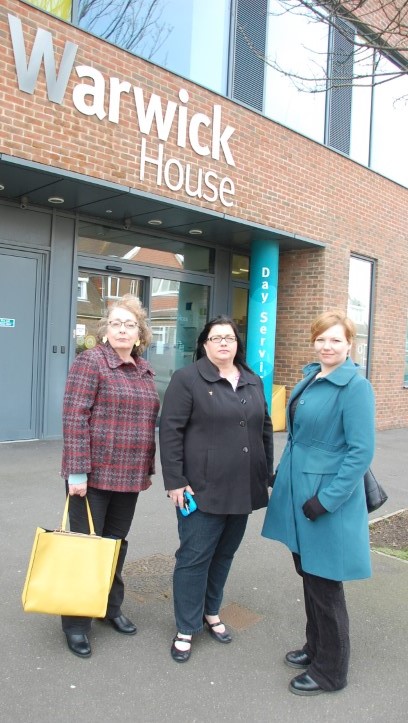 The facility, part of the £6 million development on Warwick Road which includes the Library, was announced as being consulted on for closure this week by the Conservative led Council.

The facility homes several people with learning disabilities as well as providing vital day services for people with dementia and mental health problems.

Lib Dem Campaigner Morag Everden launched a petition to save the facility, saying; “This is the result of more Conservative cuts to our adult social care.

Seaford has an elderly population, many of whom rely on services at Warwick House to support them. To propose to remove it is unacceptable.”

“I am appalled at the suggestion that the provision at Warwick House is being reviewed. The County Council has made a major investment in this site on the basis that it would be financially sustainable and now it appears that both these critical services to vulnerable people are under threat as well as Seaford Library. Why was this not raised openly as part of the recent budget debate? This financial crisis has been brought about by the Conservative government who seem determined to punish ordinary people who need and deserve support.”

"The proposed closure of Warwick House day services is appalling, and a result of further Conservative cuts at national and local level to our social care budgets.

"Why weren't the residents of Seaford told as soon as this came up for consultation?

“We are calling on people to oppose the closure, and make sure we demonstrate to the Conservative Council that this is a vital service for residents of Seaford and beyond.”