Maria Caulfield must use last chance to back farmers

Local Liberal Democrats have called on Maria Caulfield MP for once to put her Brexit obsession behind her, back British farming and vote to protect our high environmental and animal welfare standards.

In a letter to Ms Caulfield, Liberal Democrat parliamentary spokesperson, James MacCleary, warned the Tories that they must ensure any post-Brexit trade deals meet existing UK animal welfare and food safety rules. The votes come on Wednesday [04/11/2020] in amendments to the Agriculture Bill.

According to the NFU, over a million people have also signed their petition calling for the UK Government to put laws in place that prevent imports of food that is produced in ways that are illegal here in the UK. 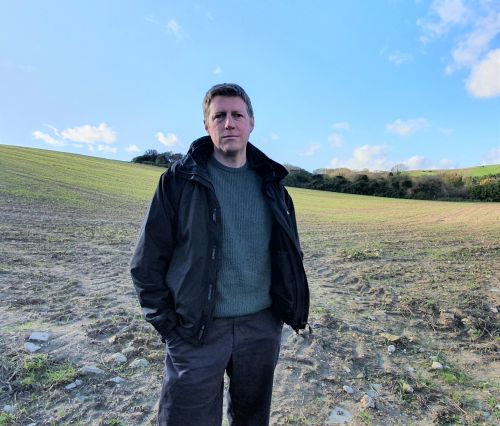 "Our rural communities are being abandoned in the rush for Brexit at any cost. Farming is not just a part of our economy, but also part of our culture and our heritage.

"My grandparents were dairy farmers and I've seen the sacrifices it takes to keep a farm going. It's as much about a way of life as it is about making any money. Many farmers, like my grandparents, have second jobs like running a B&B from the farmhouse to keep things going.

"It is thanks to tireless campaigning by organisations such as the NFU and the many individuals who supported them and care about food that there is now an opportunity to protect our high standards of food safety. Sadly, the prospect of chlorinated chicken and hormone-laced beef are very much on the table for hard Brexiteers like Maria Caulfield.

“It is clear that, until now, our Brexit-obsessed MP has been ready to sell out our farmers whatever the cost to them. She needs to start putting the needs of her constituents ahead of those of her party.”

“Farmers across the country are incredibly worried that the UK is about to be flooded with poor quality food undercutting their high quality produce.

“It doesn't need to be this way. Liberal Democrats back British farming and want to work in partnership with our farmers to help cut greenhouse gas emissions, support the recovery of our natural environment all while continuing to produce the food that fills our cupboards.”

Below is the letter sent by James MacCleary to Maria Caulfield:

I am writing to urge you to vote on Wednesday in favour of maintaining our high British food standards for imported food.

This is the best way to protect British farmers and their livelihoods as this Government has consistently promised to do, but have so far failed to live up to that promise.

British farmers are the lifeblood of our country, they are the guardians of our landscapes, vital partners in the fight against climate change, all while producing the high quality food that fills our cupboards.

However, the Government is happy to risk all that. They’ve rejected several attempts by Parliament to ensure that imported food is produced to the same high standards that British farmers work towards. If this doesn’t happen the risk is our farmers are undercut by food produced to standards that simply would not be acceptable in the UK.

It means imported meat being produced using practices that have long been banned in the UK, it means importing food grown on deforested land that used to be a diverse rainforest - this is unacceptable.

I therefore urge you to back British farmers by voting to maintain our high standards for imported food when the Agriculture Bill returns to the Commons on Wednesday. If passed it ensures that our farmers can continue to produce the food for your table without worrying that they will be driven out of business by food produced to lower standards.