Our candidates for the May 2019 District Council elections include: 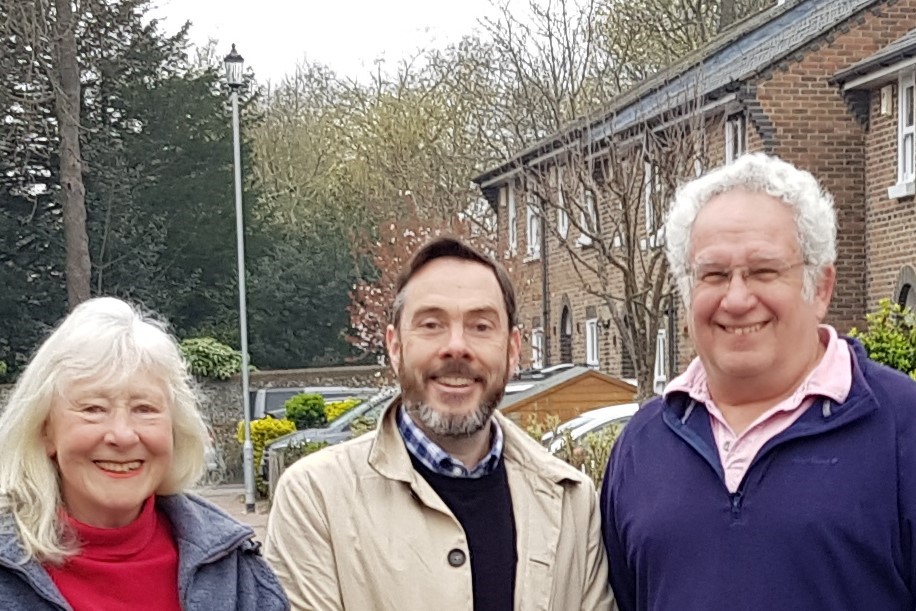 David Stechler, open government champion. A resident in Lewes Priory ward, David has previously served for 8 years as a District Councillor for Ringmer and worked as a school governor at primary and secondary level. His wealth of experience will be a great asset for the Lib Dem District Council team.

Joyce Bell, community campaigner. Joyce is a long-term campaigner in Lewes Priory ward, working with Lewes Living Streets to battle speeding and pavement parking in her home area. She was instrumental in saving The Runaway café on Lewes station. 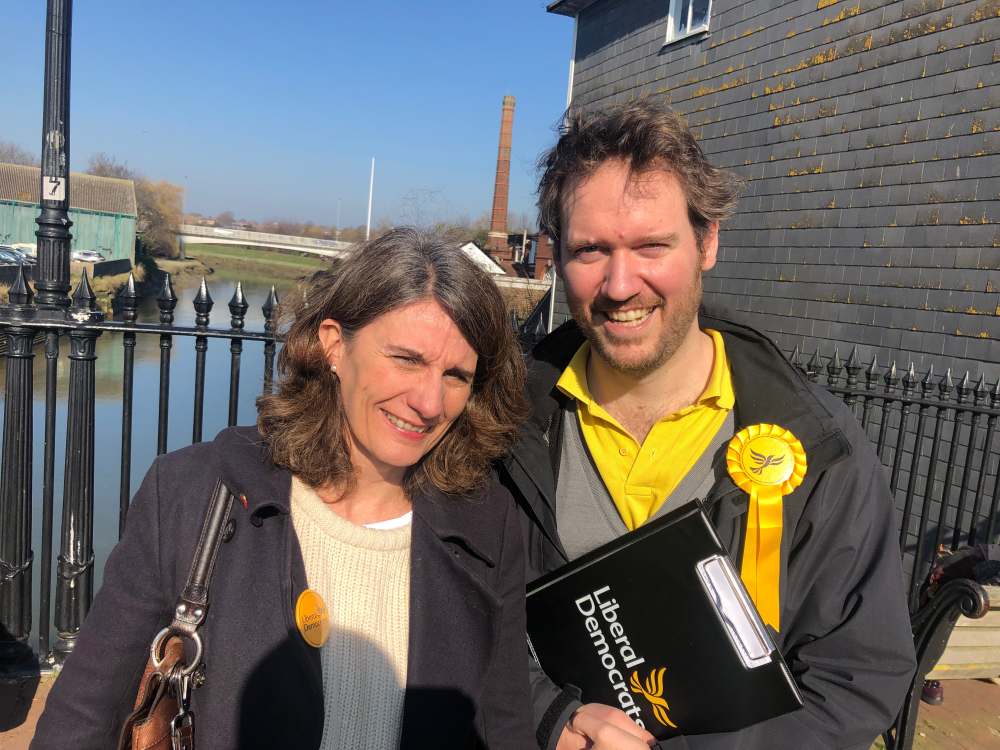 Oli Henman, community activist. Oli has a background in charity campaigning with a focus on sustainable development for the UN. He is a leading campaigner for Plastic Free Lewes and, as a parent, is actively fighting to protect schools from further cuts. He lives in Lewes Castle ward with his family.

Kate Wood, equality champion. Kate is a long-term champion of women’s equality and has worked with organisations across Sussex to widen education and employment opportunities, and political participation across the community. A resident in Lewes Castle ward, she is very active on green spaces. 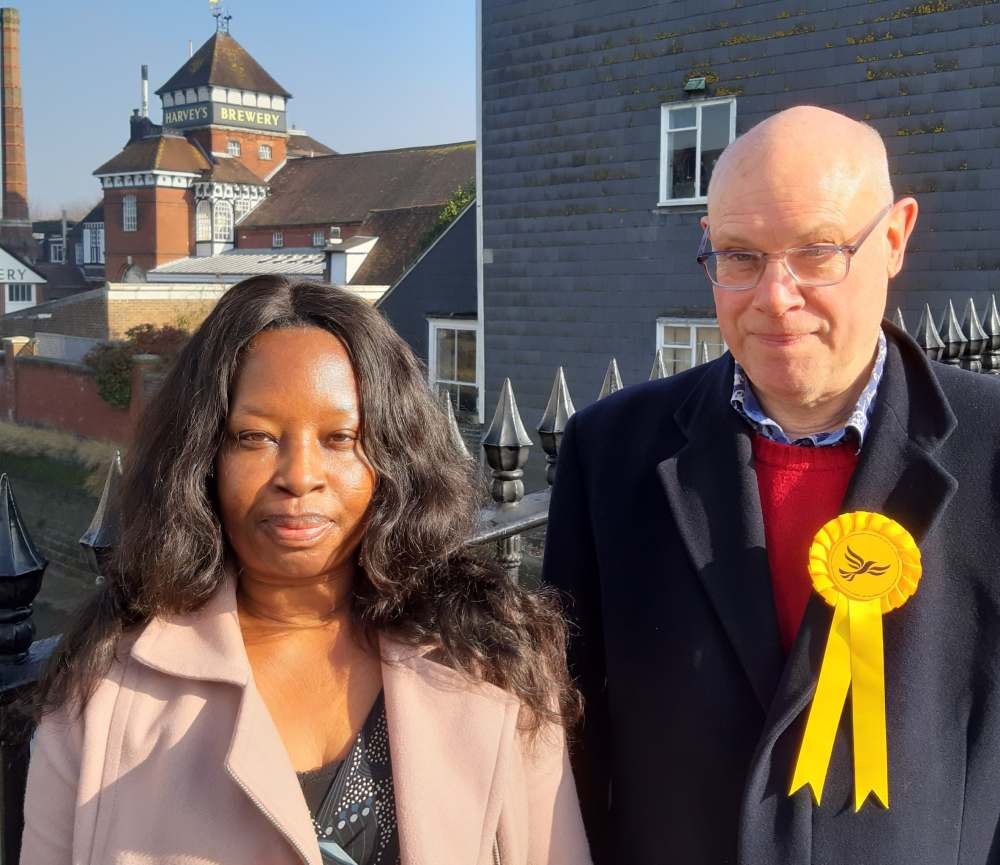 John Lamb, community activist. John has served as a Town Councillor since 2013, taking a special interest in planning matters. A resident in Bridge ward, he volunteers at the Malling food bank and chairs the Malling Tenants and Residents Association. He is also an organiser of Ouse Day.

Janet Baah, equality champion. Janet has been a Town Councillor since 2016 and has called on the Town Council to act on the UN’s sustainable development goals. She is also a champion for equality and an advocate for children’s education. She lives in Bridge ward and has made a hobby of spotting and acting on potholes.

Olivia Honeyman, town champion. Olivia Honeyman has been a Town and District Councillor since 2015 and has helped local residents with key concerns such as housing and transport. As a resident of Seaford, she is also active in many local groups including Access and is keen to ensure the best services for Seaford. 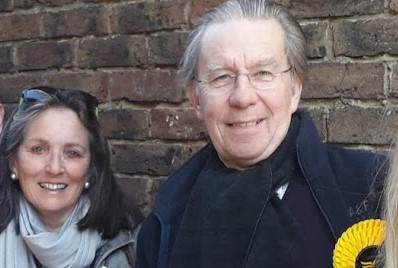 Maggie Wearmouth, health champion. Maggie has been a local Town Councillor since 2016. She is a healthcare professional and now serves as a part-time GP. A resident in Seaford, she is also active in a number of local groups on health and wellbeing and is keen to ensure the best service for Seaford.

Stephen Gauntlett, community activist. A resident in Seaford, Stephen has been a District Councillor for Seaford Central since 2011 and has served as chair in 2017 & 2018. He believes that local government should balance economic prosperity with the environment, health and recreation.

Morag Everden. Morag is a local working Mum with 3 children living in a rental property. She says, “I am running in this election because I am very concerned about the erosion of services and green spaces in Seaford. I want to represent the local community and families, whose quality of life is suffering as a result of cuts to Council budgets.”

‘Pinky’ Nazish Adil. ‘Pinky’ is a lawyer by profession with a post graduate degree in international relations. A trained counsellor, she wants to use her skills to better the lives of residents and enhance the interests of all members of the community, including the younger generation who struggle to get their voices heard. She says, “I am a people person!”

Rob Banks, rural community champion. Rob lives in Plumpton Green with his family. He has previously been a governor at the Primary School, which two of his children attend. He works with County Councillor Sarah Osborne and the local Lib Dem team to take action on issues affecting our area. Rob is passionate about ensuring that our rural areas get their fair share of public services. Rob says:  "in recent years Plumpton has seen Conservative cuts to buses, the mobile library, our village's train services and you rarely - if ever - see any police presence. The Conservatives are taking rural areas for granted and need to listen carefully to local people on planning issues." 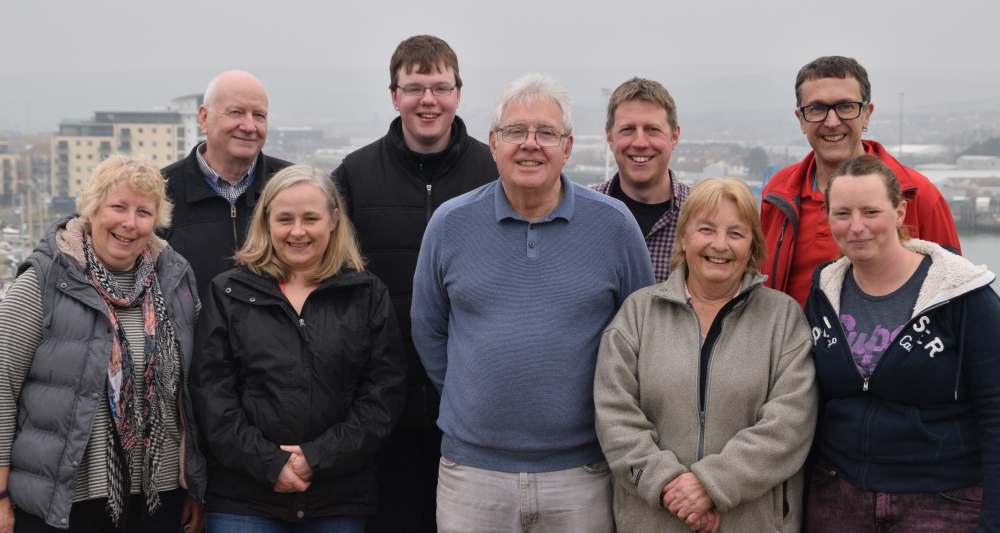 Graham Amy. Graham is a Town and District Councillor and has also been the President of Newhaven Chamber of Commerce. Graham has lived in Newhaven all his life and is married with two sons and three granddaughters.

James MacCleary. James lives with his family on Fort Road. He previously served on the District Council for eight years and is a professional campaigner working on a number of campaigns in animal welfare, Brexit and other areas.

Christoph Kurthy. Christoph has been living in Newhaven for 20 years and he has been one of the first members of the local ambulance first responder team which he holds a very active service with. Christoph is married and has two children. He has also been a town councillor for the last 3 years.

Julie Carr. Julie has been a councillor representing Valley Ward at Newhaven Town Council for over 25 years and has also represented Valley Ward at Lewes District Council for a total of 16 years. Julie has lived in Newhaven for 30 years and has campaigned for free parking and the re-opening of the West Beach as well as the devolution of green spaces from Lewes District Council. Julie is particularly concerned about the Air Quality in Newhaven and is working hard to ensure it is being properly monitored and measures put in place to reduce the levels of pollution.

Charlie Carr. Charlie has been a councillor representing Denton Ward at Newhaven Town Council for over 8 years. Charlie has lived in Newhaven for over 30 years, she has campaigned for the re-opening of West Beach and, alongside other Lib Dem colleagues, is working hard to ensure the ferry service between Newhaven and Dieppe continues. 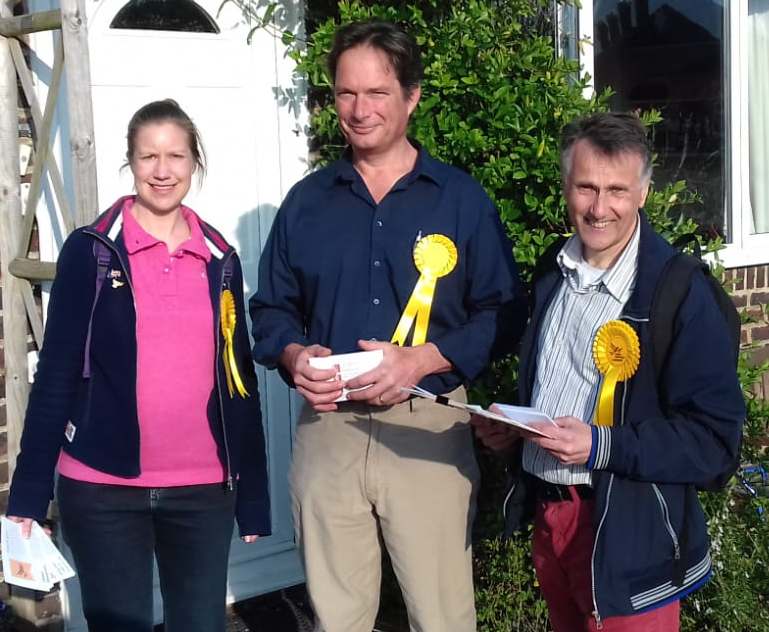 Chris Bowers. Chris is a writer and broadcaster, known best as a tennis commentator and the biographer of Roger Federer and Novak Djokovic. He also wrote the biography of Nick Clegg, and has written ‘The Alternative’ with Caroline Lucas and Lisa Nandy. He moved to Ringmer in 1998, and was a district councillor 2007-15, playing a major part in getting the cycle path built.

Victoria Vincent. Victoria has lived in Ringmer for nearly 10 years having moved here from London. A former government lawyer, she is inspired by the suffragettes, equal pay campaigners and female political figures. She is active in numerous Ringmer societies, including the WI, St Mary's church, and the flower club, and she rings the church bells.

Malcom Welsh. Malcolm has lived in Ringmer for 12 years, having left his job in HR and recruitment in London to set up a local electrical business. Born in the UK but raised in South Africa, he has four children aged between seven and 23. He is well known locally, both professionally and as the former chair of governors of Ringmer Primary School and a governor of Ringmer Community College.

Guy Earl is a long-time resident of Sussex and has previously served as a Town Councillor. He is a strong campaigner for the UK to remain in the EU, and a keen advocate of local democracy.

William Meyer. Originally from Wales, William has worked primarily in London during his professional life, commuting from Brighton in the 1990s, later from Plumpton and then from Lewes following a move to the village of Kingston in 2013. During these decades, his working life has been spent in the field of healthcare and he has held senior managerial roles in the NHS and the Voluntary Sector. His interests include the broad sweep of our local heritage, the preservation of our natural world and the enhancement of the historical inheritance with which the area of Lewes is so very richly endowed for the benefit of all.

Catherine Hall has lived in Berwick since 2014, with her husband, Chris Bird, and sons Adam, seven, and four-month-old Edwin. She works as a neuroscientist and Lecturer in Psychology at the University of Sussex, where her research investigates how Alzheimer's disease begins, and how we might be able to fight it.

Catherine is passionate about shaping a sustainable future for the local area and beyond, and is a strong supporter of remaining in the EU. "It represents the best deal for maintaining and increasing investment and jobs in our region," she explains, "while protecting our citizens' rights and environmental standards." More at her page on the Wealden LibDem site.

Andy Watkins A retired Civil Servant, Andy Watkins has been married to his wife Pat for 49 years. They have two grown up children, both of whom were educated locally, but Andy's local roots run even farther back as three generations of his family formerly lived in Brook Street, Polegate.
Andy is an experienced local councillor, having served previously for almost 12 years on Wealden District Council, and for nearly four years on Polegate's Town Council where he was Deputy Chairman of the Finance Committee. He has also been a Parish Councillor in both Willington and Jevington. In addition, he currently serves on the Wealden District Association of Local Councils and is a member of the District Council's Standards Committee. More at his page on the Wealden LibDem site.
South Downs

Vanessa Rowlands has lived in Litlington, in the Cuckmere Valley, for the past 16 years, so has established deep roots in the area. "It's where my husband and I have brought up our three children," she says. Before moving to Sussex and starting a family, Vanessa worked in the music industry for over ten years, in Artist & Development. Now an active member of the local community, she plans to start an MA in Heritage, a subject she is passionate about, at Sussex University in the autumn. More at her page on the Wealden LibDem site.
Do you like this page?