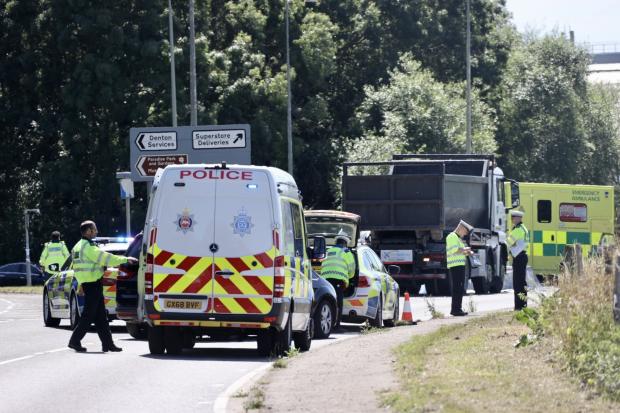 Liberal Democrats in Newhaven and South Heighton are claiming a big victory after National Highways confirmed that they would be installing traffic lights at a notorious accident blackspot in the town.

Local Lib Dem councillors James MacCleary, Sean Macleod and Julie Carr have been pressing for improvements to the junction of the A26 and Avis Road (B2109) and met with National Highways last summer.

National Highways have now recognised this junction as dangerous and agreed on a 3-year plan to improve safety at the junction.

Lib Dems in Newhaven and South Heighton have made road safety a priority and over 600 residents signed up to their safer road campaign.

James MacCleary, County Councillor for Newhaven, South Heighton and Bishopstone, says: “It doesn’t take an expert to see how dangerous this junction is. It is brilliant news to be able to report to residents some real safety improvements rather than just hearing more excuses from the government. I hope that this is the first of a number of road safety improvements that residents will see in the coming months and years. It is great news for Newhaven and South Heighton.”

South Heighton District Councillor, Sean Macleod, says: “I'm over the moon with this outcome. We have campaigned so hard for our residents and we are certain this will save people's lives, now if they could only keep on top of the grass until this happens. We are hoping to see detailed plans for the traffic lights in the next few months.”

Cllr Julie Carr, who represents Newhaven North on the District Council, adds: “This is an issue that affects so many residents in my ward and that’s why we’ve made it a priority. We recently voted through some funding at the Town Council to look at other safety projects in the town so we will be looking to push on from here.”