The Deputy Leader of Lewes District Council has described a new announcement of £500,000 for Newhaven as ‘a good start’.

There is some confusion as to what the money can be used for as the government is yet to release any details. It is thought that the money may be the first instalment from the Towns Fund.

The Towns Fund is a pot of government money totalling £3.6bn that could see towns, including Newhaven, receive up to £25 million to help deliver long term economic and productivity growth. 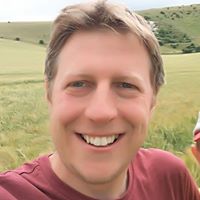 “If Newhaven is to receive this money I welcome it.

“The government has already promised Newhaven funding in the realm of £25 million, so while £500,000 is a good start, it would be a betrayal of local people and the regeneration the town needs, if we don’t soon receive the rest of it.

“We have plans to transform Newhaven and to do that the government must meet its full funding commitment.”

The Towns Fund can be used for urban regeneration, planning, land use, skills and enterprise infrastructure and connectivity.

The announcement by the government and local MP, Maria Caulfield, said the money would ‘level up Newhaven’, but gave no explanation of what ‘level up’ meant.

“I hope that Maria Caulfield will explain how £500,000 will ‘level up’ Newhaven and what that will mean for our town.

“I’m sure the MP has used local roads when she visits Newhaven and will know they resemble the surface of the moon in places, so they would certainly benefit from being 'leveled up'.

“Quite seriously, when you see these statements and announcements that are full of government jargon, whether it’s to ‘level up’ or ‘shovel ready’, you immediately fear the worst as there is so often no real substance.

"We will continue to engage with any possibilities for funding for Newhaven and hope to see the rest of the promised Towns Fund in the near future."