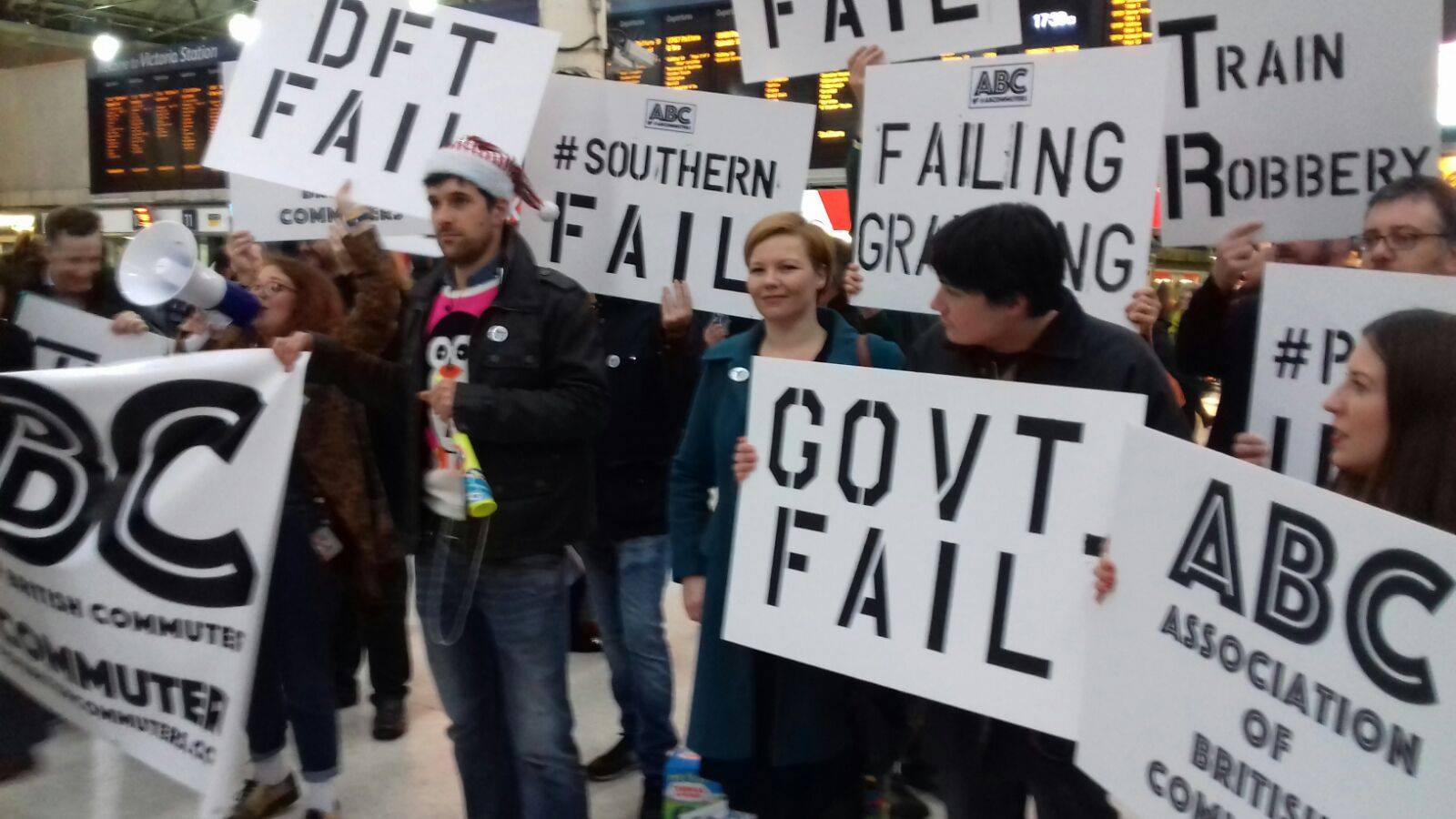 The Association of British Commuters (ABC) is demanding “urgent and transparent intervention into the industrial dispute, a fully independent public inquiry into the collapse of Southern Rail and transparency from the government with answers to crowd sourced questions”.

The protest follows a week of disruption which has seen three days with all rail services from Lewes, Seaford, Newhaven and Polegate stopped entirely. Services in Seaford and Newhaven have been subject to replacement rail buses on non-strike days.

Kelly-Marie Blundell, Liberal Democrat Parliamentary Candidate for Lewes joined the march, as a long term supporter of the commuter-led organisation;

“Commuters are at the end of their tether. People are missing time with their families due to ongoing delays with rail services.

“I’m spending around six hours a day commuting thanks to replacement buses. The Government is keen to blame the problems on the Unions, but as we know in Seaford only too well the problems have existed long before the strikes.

“The excuses from Southern keep coming thick and fast – unavailability of staff, misplaced stock and track problems are continually mentioned.

“Which is why I’m supporting the Association of British Commuters to demand the Government must intervene, and put an end to commuter suffering.

“At the very least Southern should be put into special measures, so we can finally have our trains running on time.” 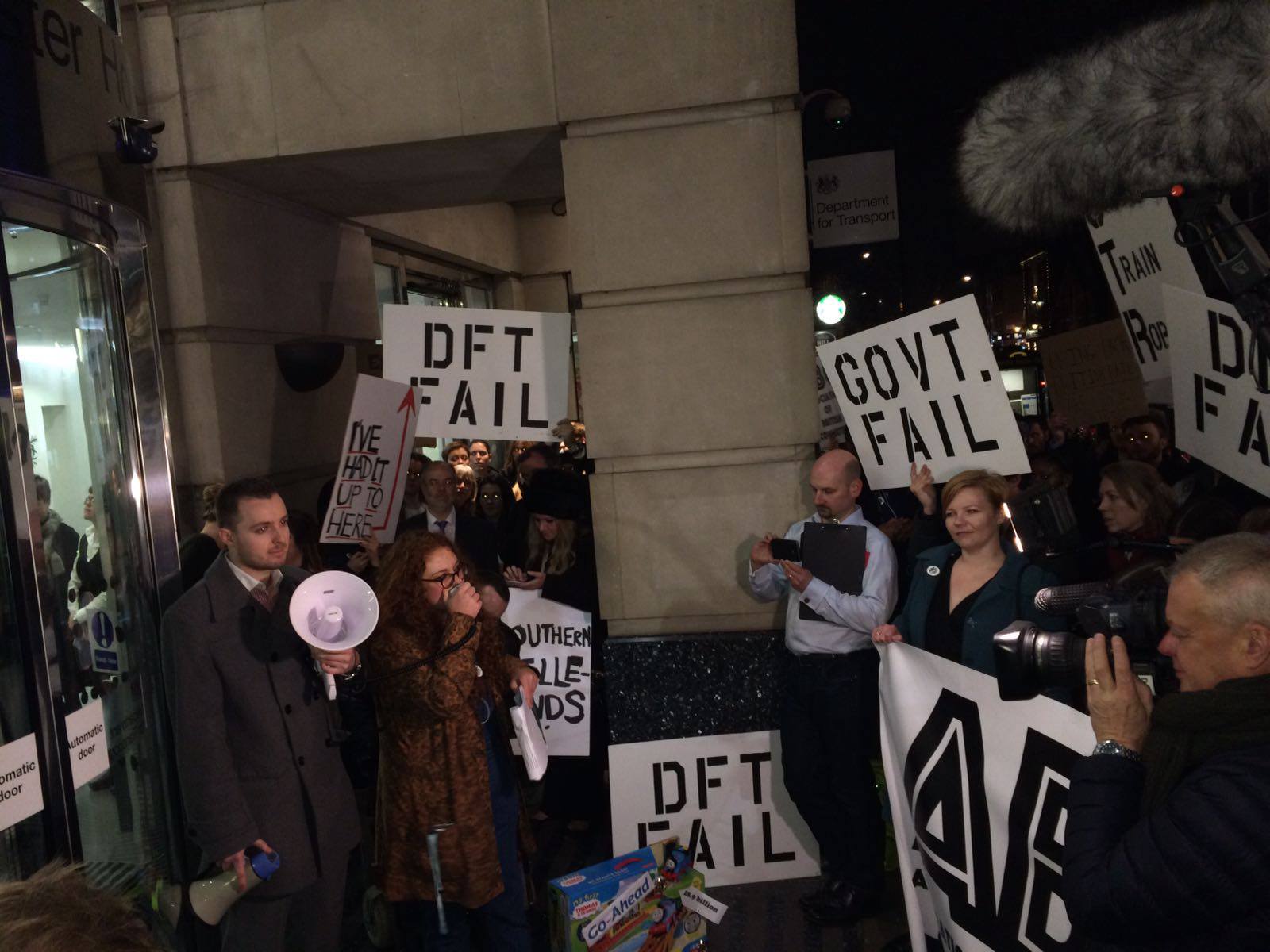 “As a commuter, Southern and Govia have maid my life a misery on my daily commute.

I have missed too many of my childrens’s bed times and often had to get expensive cab rides back home.

It also affects us as a family outside of commuting hours, forcing us to use the car more often because we just don’t trust the train service to run on time any more.”

Protested chanted ‘What do we want? Trains. When do we want them? Now’ as they marched to the Department of Transport. 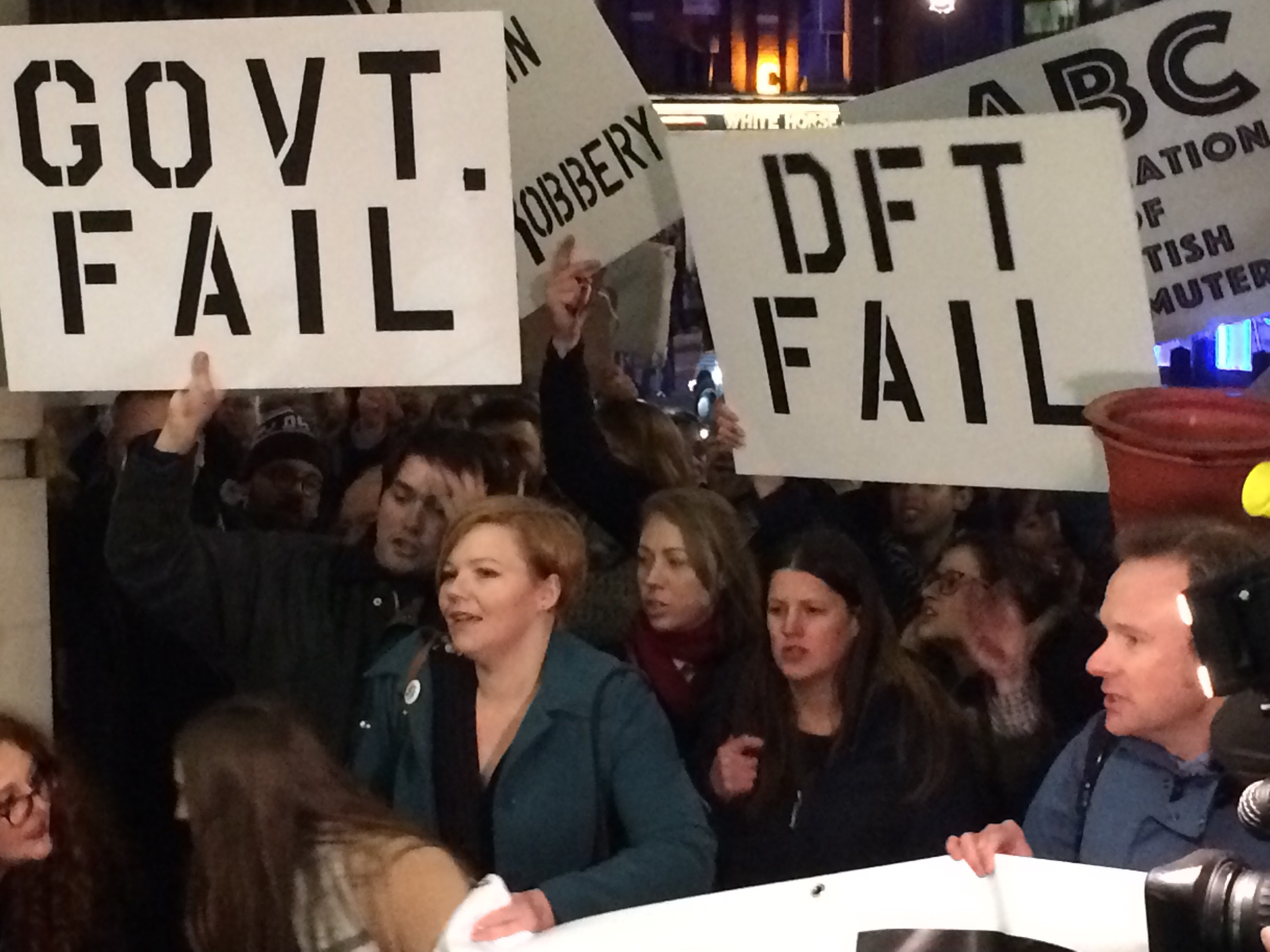