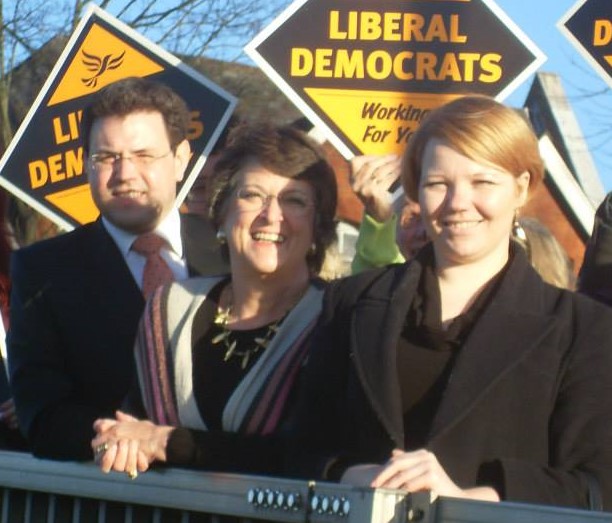 “The Lib Dems overturned Zak Goldsmith’s 23,000 Conservative majority and won by a clear 1,800 votes. And the message was clear – the people are rejecting divisive politics put forward by the Conservatices, and opposing the ‘hard brexit’ proposed by the Prime Minister.

“Don’t let people tell you Richmond is just a blip on the chart. It follows the Lib Dem near-miss in Whitney, where Lib Dems reduced the majority in David Cameron's old seat by over 20,000 votes.  But this matches what is happening locally in East Sussex, with the Liberal Democrats taking council seats across the county.”

“This cheering outcome follows a string of six Lib Dem wins in Seaford, Lewes and Newhaven over recent weeks, where the views of UKIP and the Conservatives have been rejected and more voters supported the Lib Dems than any other party.

“The moderate Lib Dem lines of a open, tolerant and united society, focussing on health, education and community care, have won against the dogma and extremism  being pedalled by Brexiteers. I found a very serious and determined view on the Richmond doorsteps against extremism in all its forms.

“Anyone would think that the Brexit vote was overwhelming. It wasn’t.  The 48/52 percentage split is not the clear majority the Government are claiming.

“It represents just 37% of the electorate, and the lie about £365 million a week for the NHS will have swayed more than the 4% difference.  The Richmond by-election shows just what the mood in the UK really is”.

The Liberal Democrats in Lewes will be holding a public meeting on Europe and Brexit on 21st January with Catherine Bearder MEP and Kelly-Marie Blundell, discussing how Brexit is impacting on the country and how we can work towards an open, united and tolerant Britain.