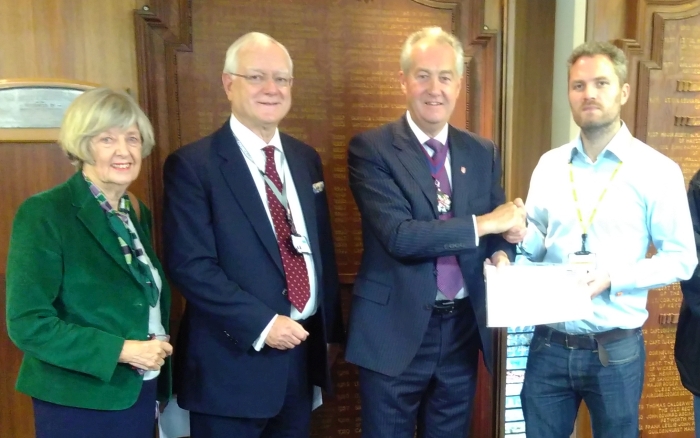 Pressure increases on the County Council to reconsider its decision to close local libraries, with the presentation of a petition signed by more than 200 people to save Ringmer Library. Local Liberal Democrat campaigner, James Gardiner, and local member Rob Parsons handed in the petition, with Lib Dem County Councillor Philip Daniel in attendance.

James Gardiner said, “It is quite clear that the Council has miscalculated on this. Ringmer Library is well used, and provides services at a local level that cannot be replaced by inviting people to attend main libraries miles away from where they live. The savings involved in closing Ringmer Library are tiny, and the cost to the local community will be huge. The County Council encouraged the village to build a new library. It was even opened by the council chair, and now, no more than 17 months later, they want to close it.”

Philip Daniel said, “When this issue arose at the Cabinet meeting on 19th September, I argued very strongly in favour of Ringmer Library staying open. I will do so again today, and I will continue to argue that case. The County Council has to save money because of the intransigence of our Tory government, but this is not the way to do it. We now have the Tory County Council in the ironic position of arguing against the cuts imposed by the Tory government. We will of course do our best to help the County Council win that argument”.

Kelly-Marie Blundell, the Liberal Democrat parliamentary spokesperson for the Lewes constituency, said, “It is not just Ringmer Library that is under threat, but also Polegate Library and the mobile service. These services are vital for the communities that use them, and in particular for the most vulnerable people like disabled people, the unemployed, the elderly and families with young children – the people who the County Council says it is trying to protect.”

James Gardiner continued, “Our petition is now closed, but we are continuing to help local campaigners to keep the library open, and we urge people to sign the petition on the County Council website, and to join in the consultation which runs till 14th December. The Save Ringmer Library campaign is organising activities to help people to respond to the consultation, and we will be doing our best to help to publicise these events.”

County Council website petition to get a fair deal for East Sussex from the government:

*This is less than the rise in the allowance for the Council leader that has just been announced.