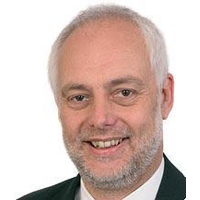 Liberal Democrat leaders are imploring the Government and East Sussex County Council leaders to recognise the fact that we have reached a critical point of the pandemic, with this high level of transmission of the new strain, and now is the time to restrict all but essential contacts. Lib Dem group leader Councillor David Tutt said,

“This is not the time for Party politics, but it is the time for decisive action to keep people safe. The Government are lurching from crisis to crisis without following a comprehensive plan based upon the medical and scientific evidence. They have let schools and parents down by being indecisive, and continually reacting rather than leading. We need a plan which commands public support and the support of education professionals, but most of all that puts people’s lives as the top priority

The plan for schools must allow for the children of key workers as well as other vulnerable children, including those who attend Special Schools, to be able to attend school as they did during the first lockdown. However, for Tier 4 areas, the health evidence strongly supports the closure of schools for the rest of the school community for a period whilst the new strain of the virus is so rampant in our area.

Alongside school measures the Government must send out a clear message about the higher levels of transmission of the virus amongst young people and the importance of not mixing out of school.

We understand completely that children and young people should be in schools and colleges as soon as possible, as do the school leaders. But schools are all different and it is paramount that the professionals are able to prepare fully for testing and opening safely, before they are required to open.

We support the roll-out of testing in schools to help achieve this - but this should have been done months ago. The eleventh hour announcement, made in the final few days of term, put the burden of preparing for a new testing regime on overstretched and exhausted teaching and school staff in already underfunded schools. The timing and handling of the announcement was yet another kick in the teeth for teachers, after the toughest year that some of them have ever had.”

The government proposes to force the building of more than 15000 new houses in Lewes District over the next 20 years, more than doubling the current rate of building. Local Lib Dems call on the government to listen to local people and urgently revise their target to a more realistic level.