“Efforts to prevent young people turning to crime are welcome, but today’s £11 million pales in comparison to the £200 million that Conservatives have taken away from youth services since 2015 and the £700 million they are cutting from police forces across the country.

“There are now 4,800 fewer police officers than there were in 2015, and the Home Office’s own analysis shows that this has contributed to the rise in violent crime.

“If the Home Secretary is serious about tackling that trend, he must urgently reverse those cuts and put more officers on the beat.”

A message from Paula 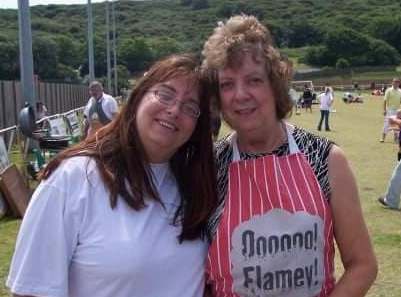 To any friends who live in PEACEHAVEN EAST ward, or have friends who do. As you can see, I have stepped forward and put my name down for the by-election scheduled for August 2nd (next Thursday). As independent candidates are rarely successful, I chose to represent a political party that I feel has less extremes than the others - I believe those fanatically opposed to listening to any view other than their own (and these are the extremes) block cross-party working for the benefit of the people you are supposed to represent. At Town Council level of local authority, politics shouldn't even come into it. But it does. And that's what we have to work within.

I have achieved community success working with people of all political persuasions and I think communication is key.

None of the candidates can promise enormous strides forward for the time that is left in the four year representation period - we would only be Councillors until May 2019 - but I could promise to put forward the questions I, and others, have - and those questions, or actions, have to carry on into the next administration (whether I would be on it or not) until they reach the conclusion.

Why stand for Peacehaven East? As a child I spent a lot of time with my grandparents in Arundel Road. I would climb their back fence and play in the farmer's fields where a housing estate now lies. My parents-in-law live on the west side of the ward, and have for over thirty years. I have supported a friend who was subject to a terrible arson attack there last year. I am concerned - as is EVERYONE in the Havens - about the inevitable gridlock that is going to happen along the A259 and the lack of public services, ever decreasing, to meet an increasing population. I know the area very well and Town Councillors are elected to represent the whole town, with special interest in one area. I have that interest, those memories and even a bit of hope remaining for the future.

The indefatigable Vic Ient, LibDem District Councillor for Kingston, has won a moton at the Council which will encourge much greater uptake of renewable energy in the future.

From 1st Sept 2019 planning applicants for housing and commercial development will have to work with the officers of the council to include a renewable energy scheme. Also the South Downs National Park are being encouraged to do the same. 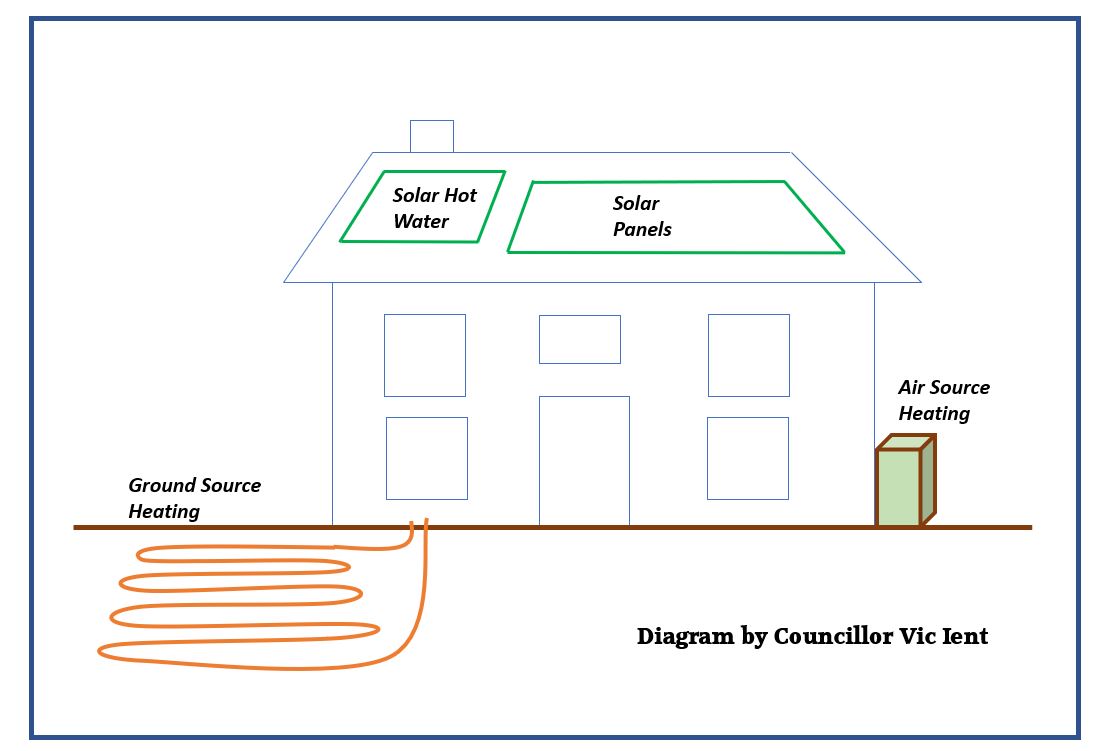 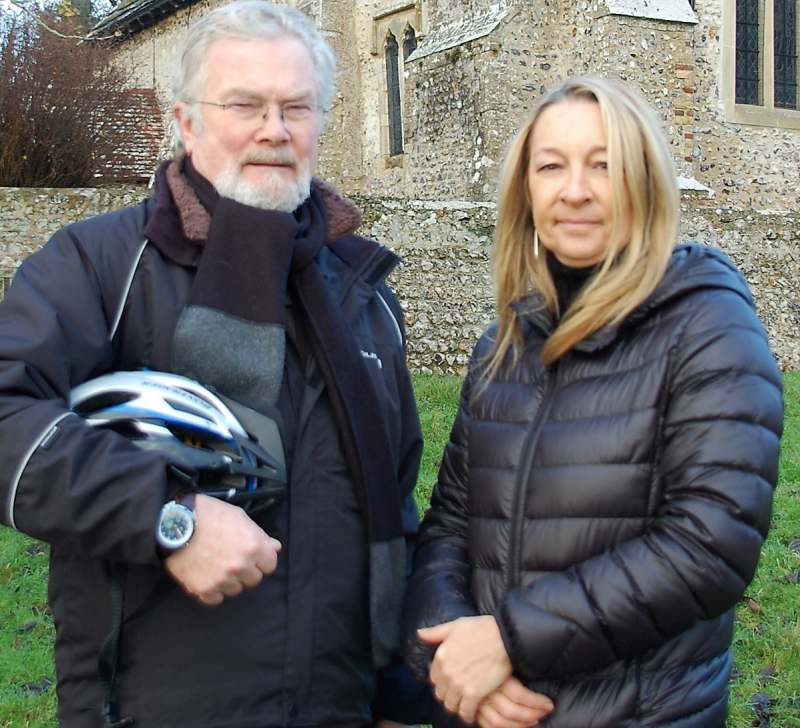 This year the Liberal Democrats at Lewes District Council are having another go at getting renewable energy higher up the planning agenda when it comes to building new homes.

Last October Lib Dem councillor Vic Ient proposed that all new housing and commercial developments incorporated renewable energy in them. The proposal was lost by 1 vote so he has had to wait 6 months in accordance with the rules of the council to put the motion again.

On Monday the 16th at the Full Council meeting the matter will be considered again. Cllr Vic Ient said "I hope the controlling Conservatives will now back this proposal. Since last October we have had the Prime Minister Theresa May's  "cleaner greener" planet declaration promising a 25 year plan by the government to improve the environment. My motion gives the opportunity for the Conservatives here in Sussex do their bit to meet these objectives."

Cllr Vic Ient's motion is based on government policy set down during the Lib Dem/ Conservative Coalition and the National Planning Policy Framework (NPPF) issued in 2012 which says:

“Support the transition to a low carbon future in a changing climate……” and later continues: “and encourage the use of renewable resources (for example, by the development of renewable energy);”

Sarah Osborne, the leader of the Liberal Democrats at Lewes District Council said, "It's a fraction of the cost to build in renewable energy systems into a new house, and there will be a real bonus for the new residents as it will mean their fuel prices will be lower and at the same time they will be helping reduce the amount of CO2 going into the atmosphere."

The Liberal Democrats have today claimed victory as the Conservative government bowed to pressure to take decisive action on empty houses, by giving new tax powers for councils.

The government has accepted the principle of an amendment from Lib Dem Peers (Baroness Pinnock and Lord Shipley) to set in place an escalator of council tax charges. This would mean that the longer a property was left empty, the more council tax would have to be paid.

Last week Lib Dem leader, Vince Cable called for an increase in council tax for properties that have deliberately been left empty as part of a wide ranging keynote speech on tackling the country's housing crisis.

Posted by Rob Parsons | Updated 2018-06-26
Opposition councillors on East Sussex County Council are furious at a decision by the ruling Conservative administration to prevent councillors discussing controversial cuts to Adult Social Care.  Councillor David Tutt, Leader of the Liberal Democrat group on the County Council explains:
“We have continually asked for issues to be brought to full County Council so that the views of all councillors can be taken into account, particularly where these involve the kind of cuts to the bone that are being proposed for Adult Social care.  The Conservatives have refused to do so on the grounds that we have the opportunity to speak at Cabinet, although of course, we do not have a vote.
Now they are preventing full discussion at Cabinet.  This is a shocking attack on democracy following on from their seizure of the chairs of all the scrutiny committees and the awarding of a controversial pay increase to the Leader of the Council.
We call on the Conservative administration to uphold democracy and to allow councillors to do the job for which they were elected and to speak on behalf of their residents.” 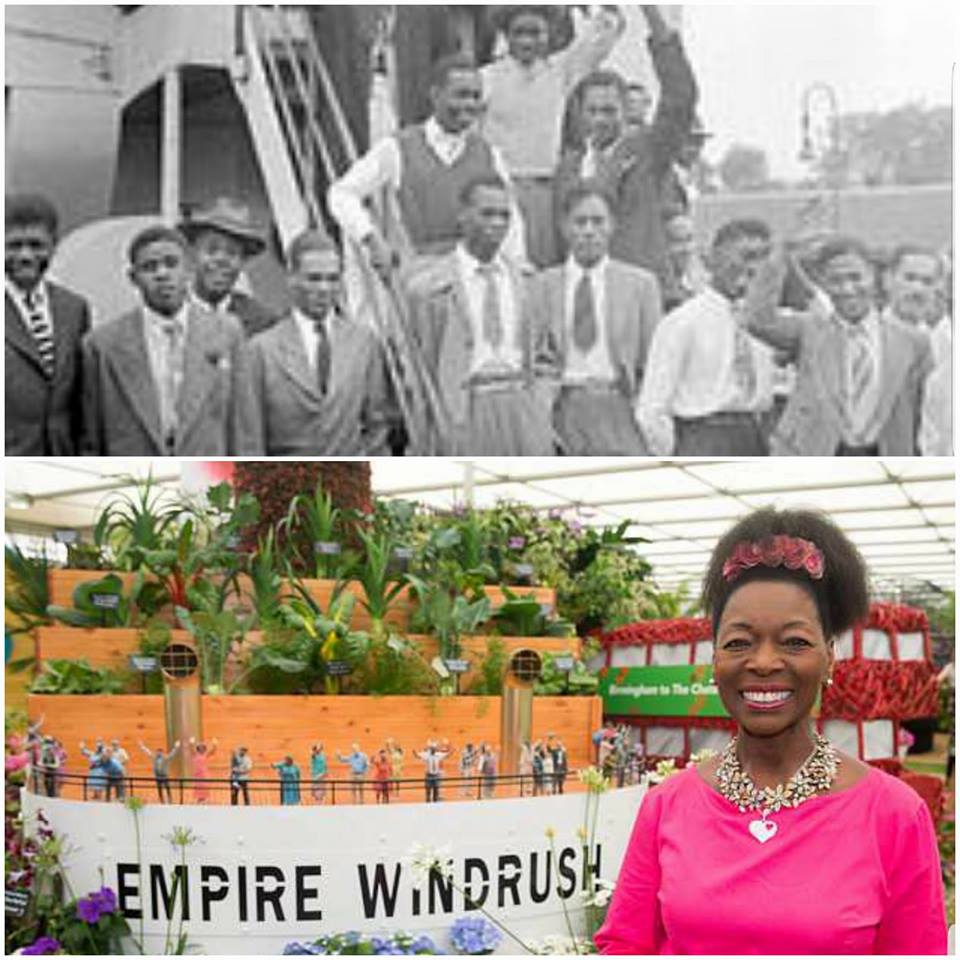 Today is the first ever National Windrush Day – 70 years since the arrival of HMS Empire Windrush.

Onboard the former German cruise ship were around 500 settlers from various Caribbean islands, including Jamaica, Barbados and Trinidad & Tobago, who had been invited to help rebuild post-War Britain.  They would go on to build their lives in Britain, contribute to our way of life and help make Britain prosperous.

Many, including my family, filled labour shortages in the National Health Service, which was founded just a fortnight after the ship reached Britain.

Lewes Liberal Democrats are proud to support Lewes Clean Air Day 2018. Clean Air Day is on 21st June and in Lewes it will be celebrated on Saturday 23rd June by putting people first and taking cars off Cliffe High Street from 10:30am until 5pm.

The Liberal Democrats have welcomed today's ruling by the Supreme Court categorising Pimlico Plumbers' employees as workers rather than self-employed, meaning that they are entitled to basic employment rights such as holiday pay.

The ruling is likely to have a knock-on impact on ongoing legal battles against other prominent businesses in the gig economy such as Uber and Addison Lee.

Janet Baah is the new Mayor of Lewes 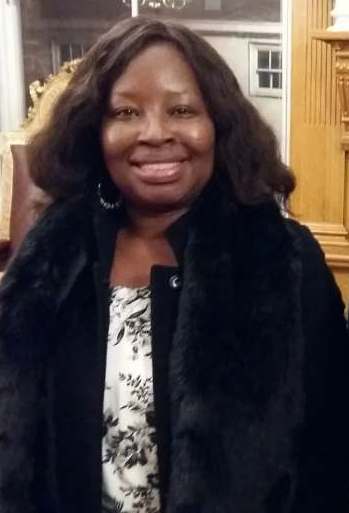 LibDem Janet Baah has been made mayor of Lewes. At her ceremony, she called Lewes a town of courage and champions.

She thanked councillors for, in her words, "bestowing a great privilege and responsibility upon me and placing your trust in me".